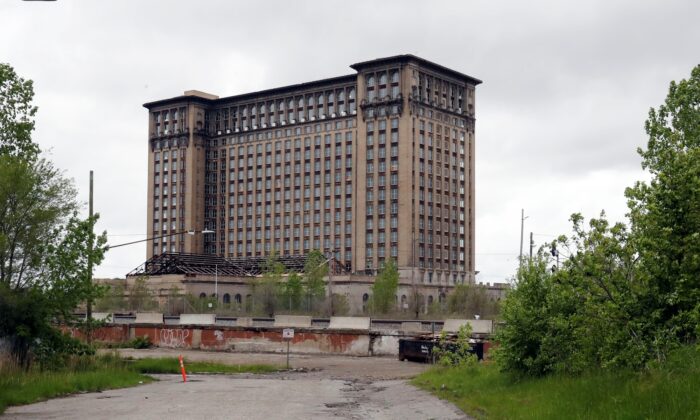 Google to Work With Ford on Detroit Research Hub

DETROIT—Ford Motor Co. announced Friday that Google is joining the automaker’s effort to transform a once-dilapidated Detroit train station into a research hub focused on electric and self-driving vehicles.

Also, Detroit and the state of Michigan have agreed to provide infrastructure and other support for the Michigan Central Innovation District that will include the defunct train depot and other nearby buildings in the historic Corktown neighborhood just outside downtown, officials said.

“Together, this is another sign that we are moving forward in a way that shows Michigan is in it to win, that we are going to lead in the mobility sector, that we are serious about developing high-tech and high-skilled jobs,” Michigan Gov. Gretchen Whitmer said during an event inside the old train station.

Ford announced plans for the Michigan Central Innovation District in 2018, shortly after it bought the 18-story, 500,000-square-foot train depot. Renovations at the more than century-old Michigan Central Station could be completed by next year, Ford Motor Co. Fund President Mary Culler told The Associated Press. Ford plans to research, test, and launch new mobility solutions there.

The station, which looms over Corktown, has stood empty since the last train left in 1988 and came to symbolize Detroit’s long decline from America’s manufacturing powerhouse to its biggest municipal bankruptcy.

“I was sick and tired of driving by this building all the time and having this be the poster child for the decay of Detroit,” Bill Ford, executive chair of Ford Motor Co., told attendees at Friday’s event. “And I wanted to do something about that, and we’re now, I think, very much in the process of turning this from a national punchline into a national treasure.”

The state will provide more than $126 million worth of programming and resources, including infrastructure. The Dearborn, Michigan-based automaker said Detroit Mayor Mike Duggan’s office is working to designate a Transportation Innovation Zone in the district, with the goal of making it easier for small businesses and entrepreneurs to safely start and test projects.

“The day we opened Ford Field (home of the NFL’s Detroit Lions), I said to Bill (Ford), you will never do more for the future of the city than what you did here today,” Duggan said. “Was I ever wrong. What is happening here eclipses anything that we have seen.”

Google, which has more than 600 employees in Michigan, will open a lab on the 30-acre site to teach computer science to high school students. Google’s role includes a certification program.

“That’s a partnership where Google would train people and Ford would, obviously, accept those people that have that kind of certification in our future state,” Culler said, noting that people would not need a college degree.

The auto industry as a whole is moving toward more fully electric and hybrid propulsion systems, more autonomous driving features and increased connectivity in vehicles.

Michigan Central Station opened in 1913 and for decades was a jewel of Detroit and hub of rail transportation into and out of the city. Detroit-made vehicles—along with air travel—proved part of its undoing.

Bill Ford has not said how much it cost to buy the train station from billionaire Manuel “Matty” Moroun or how much the automaker expects to spend fixing it up, though the company said that total investment is roughly $950 million for the station and surrounding district.