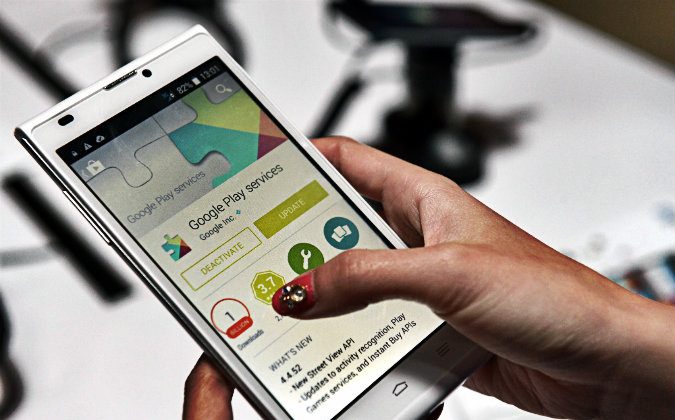 A promoter display one of the latest smart phones from ZTE, the Blade L2, using the OS Android 4.4 KitKat platform, during its launch in Singapore on Aug. 13, 2014. (Roslan Rahman/AFP/Getty Images; effects added by Epoch Times)
Tech

Google Releases Updates for 3 of Its Top Apps

Whether you're on a desktop computer, an Android device, an iPhone or an iPad, Google's apps are some of the best in the business
By Zach Epstein
Share
FacebookFlipboardTweetRedditEmail
MOREPRINTFONT BFONT S

Who could have known back then that Google would go on to build many of the best apps on the planet in terms of both design and utility.

Whether you’re on a desktop computer, an Android device, an iPhone or an iPad, Google’s apps are some of the best in the business. It doesn’t matter if you’re looking to navigate to a new area, communicate with friends, stream music from the cloud or watch videos from YouTube, Google has you covered.

And best of all, Google’s apps are all free — as long as you’re willing to cough up your personal data so Google can serve you targeted ads.

It’s hard to pick favorites among all of the great apps and services Google has to offer, but Hangouts and Google Drive would likely both be among them. And of course, the Google Play portal where Android users download all of their apps is hugely important as well.

Now, Google has released updates to all three of those apps.

Where the Play store is concerned, Android Community notes that Google has made some key changes to improve the layout of the store while in landscape orientation. The layout also now follows Google’s own Material Design guidelines much more closely.

For example, here’s a before and after:

Next up, Google’s Hangouts app has been updated from version 2.5 to version 3.0, and there are a few key design changes in tow. The most obvious is found on users’ contact cards, as seen below:

Lastly, Google Drive has been updated from version 2.1 to 2.2. The biggest change here is that users can now move files and rearrange things using simple drag and drop gestures rather than menu commands.

Follow the link below in our source section for more details. You’ll also find download links for each of the three apps, in case you don’t want to wait for the updates to hit your device over the air.