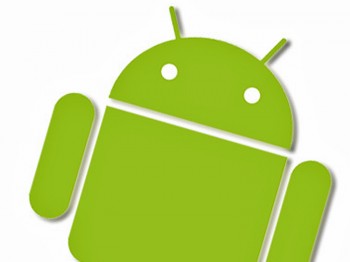 "Hello Moto. This is Google." Google’s announcement this week that it would buy Motorola Mobility for $12.5 billion in an all-cash deal meant paid an estimated 60 percent premium over the price Motorola Mobility was trading for on Friday the week before.

This was no doubt a big announcement that rallied the markets and showed that Google and other companies were willing to spend cash and invest. The stock prices of RIM and Nokia shot up on the news.

The Google-Motorola merger has undoubtedly changed the smartphone industry almost overnight, even though execution may take an onerous few months. Here’s why.

First of all, it gives Android patent protection against rivals who are gunning for it in the wake of the popularity of the "little green guy" (Android’s mascot). No doubt, the lawsuits already filed by Apple against its Android competitors, including Motorola itself, as well as Samsung and HTC, will probably go on until they are settled in or out of court, or with the International Trade Commission, where Apple has a few complaints piled up as well. And Microsoft is probably not going to back out of its lawsuit against Motorola or give up the patent licensing deals it has already struck with Android manufacturers without a fight. Oracle’s lawsuit against Google will probably continue as the database giant is going after the use of Java (which it acquired from Sun Microsystems) in Android, and not necessarily the smartphone industry itself—at least at this point.

But the acquisition is going to make companies, possibly even giants like Microsoft and Apple, think twice before going into a mudfight with Google without realizing that it faces collateral damage by engaging in patent warfare. Google, which was a patent laggard before, now has 17,000 patents overnight and 7,000 pending with the Motorola acquisition. As TechCrunch’s Greg Kumparak put it, "I mean, come on: Motorola has the patent on the cell phone."

The End of Patent Wars?

Microsoft and Apple will both likely be worried. Microsoft has been hemorrhaging market share for its Windows Phone OS and now runs on only 1 percent of smartphones sold, and its last-ditch effort to use Nokia to turn the tide might be foiled if Motorola were to file patent or trade complaints against Nokia’s upcoming Windows phones in the major markets of North America and Europe, effectively sealing off any hopes of a Microsoft recovery. Analysts believe Microsoft’s aggressive patent licensing fees for Android manufacturers was meant to show them it was less expensive to license Windows Phone OS, despite low consumer demand for the devices. But that strategy may not work anymore.

Apple should be worried since it now finally has some competition in the vertical integration market, which has long been its key differentiator. But it also has less to lose by continuing its patent war—even though it is now a major player in worldwide smartphone shipments, it has already lost the popularity war to Google. PC Magazine reported on 2011 data published by Canalys, stating "Android ended the second quarter with 48 percent of the market, with Asia Pacific leading the charge." Apple, in contrast, owns only 19 percent of the market—substantial for a single vendor, but quite a bit behind Google’s overall share. But with the 20.5 million iPhones shipped by the Cupertino-based company accounting for a key part of its revenue, Apple will likely keep fighting Android in whatever form it can to keep its marketshare, revenue and profitability.

Many analysts have said that the merger of Google and Motorola may force other manufacturers to jump ship. That option hardly seems likely. The only major contender to Android is Windows Phone 7, and Microsoft might have damaged its reputation and standing well enough with smartphone makers through its aggressive patent licensing fees and the lackluster consumer demand for its OS. HP’s webOS and Nokia’s meeGo and Symbian are hardly alternatives at this point. The major Android manufacturers may try to build more models based on Windows Phone (or in Samsung’s case, its own Bada OS) but consumers have so far shown a lack of interest in Android and iOS alternatives.

In addition, Google’s general open culture will mean it will most likely fulfill its promises of keeping Motorola as an independent company. It has more to lose by closing down Android and restricting it to Motorola devices. Most of Android’s growth, after all, has come from Google partners such as HTC and Samsung and its estimated 85 Android hardware partners. Google also has a past history of being willing to allow other companies to drive growth and be a part of its success story, as it did with AdSense and Youtube advertising, where it makes a cut but shares a large portion of revenue with independent content publishers.

Better Integration of the Android Ecosystem

And outside of patents, it gives Google access to two things that might boost the Android and related ecosystems: being able to control the smartphone and tablet hardware, and access to Motorola Mobility’s set-top boxes to drive its Google TV vision.

By having access to and control over the hardware that Motorola makes, Google might be able to more tightly couple the hardware and software, thus replicating some of the success that Apple has had with its vertically controlled ecosystem. Google’s past inability to dictate hardware meant that its Android operating system had problems being ported to different hardware and different manufacturers, effectively diluting the end-user experience and resulting in usability complaints. By being able to direct Motorola’s product development for Android, Google gets to dictate the quality of at least its reference implementations for smartphones and tablets, and may be able to convince its hardware allies to stick to higher standards, thus benefiting the consumer and also reducing Android fragmentation.

Google will probably continue to improve and market its popular Motorola Mobility smartphones and tablets, such as the Droid series of phones and the Xoom tablet, but given that Motorola has fallen behind in the mobile devices race to Samsung, HTC and others, it is hardly likely that Google will want to push it to dominate the mobile devices industry at the cost of other Android manufacturers as long as Motorola is able to turn in a healthy and decent profit.

Finally, the deal with Motorola Mobility will give Google access to Motorola’s hardware and distribution channels in a wide variety of areas outside of just mobile devices. For instance, Motorola Mobility is reported to manufacture about 30 percent of the set-top boxes sold in the U.S., and analysts predict that Google might use that to bring more leverage to Google TV, which has so far had underwhelming sales. In addition, the next version of Google TV will reportedly support Android apps, thus bringing the Android@Home vision Google presented earlier this year closer to reality.

So expect things to change. Expect to see Android phones finally come up to par with the Apple user experience; Google’s acquisition will most likely mean a better and more integrated Android experience for the consumer as Google tries to bring Android hardware integration up to par with Apple’s. Except something to happen with either Blackberry-maker RIM or Nokia; their stock price shot up as analysts except them to be acquired by another industry behemoth. Expect to see the mobile industry consolidate around two major players: Google and Apple as the two giants try to battle each other for the future of mobile space.

And most importantly, expect to see rapid changes in the smartphone industry as the giants start to move from patent battles in the courtroom to building better products to win over consumers.