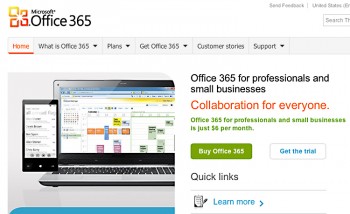 Cloud computing services were recently affected with outages to both Google Inc. and Microsoft Corp.

Last Wednesday, Sept. 7 Google Docs apparently was not available for 1 hour while Microsoft’s Hotmail, Office 365, and SkyDrive were offline for around three hours, causing disruption for millions of customers who rely on the service daily.

It seems Google’s technical difficulties were due to a “memory management bug,” the company said.

"Every time a Google Doc is modified, a machine looks up the servers that need to be updated. Due to the memory management bug, the lookup machines didn’t recycle their memory properly after each lookup, causing them to eventually run out of memory and restart. While they restarted, their load was picked up by the remaining lookup machines—making them run out of memory even faster," said Google Engineering Director Alan Warren.

However, Microsoft’s interrupted services seemed to be more detrimental, and the company attributed its cause to the Internet DNS address system. Basically, the Domain Name System (DNS) is responsible for translating URL Web addresses from a series of numbers otherwise known as IP addresses.

The key issue arising from these outages is the reliability of cloud computing, and ultimately, their viability to replace local servers and applications. If businesses are being encouraged to opt for cloud computing solutions, whereby data processing and storage can occur offsite rather than rely on individual computers they are operating on the Internet, then the service must be dependable.

Although Google said it was “very sorry” in a company blog for its Google Docs failure, resulting in the inability to operate the word processor, spreadsheet, and presentation application, the dent in the reputation for Cloud computing is certainly amplified with the combination of both companies’ technical hiccups.

Microsoft’s equivalent to Google Docs is the cloud-based version Office 365. It was formally launched in New York in June and has been heavily invested by the software giant. Microsoft’s cloud service also went offline in August, less than two months after its initial launch.

"Windows and Office are the two foundations of Microsoft’s profitability and this is kind of messing with one of them," said Jeff Mann, a VP of research at analyst group Gartner according to a BBC report. "It’s definitely a very big bet."