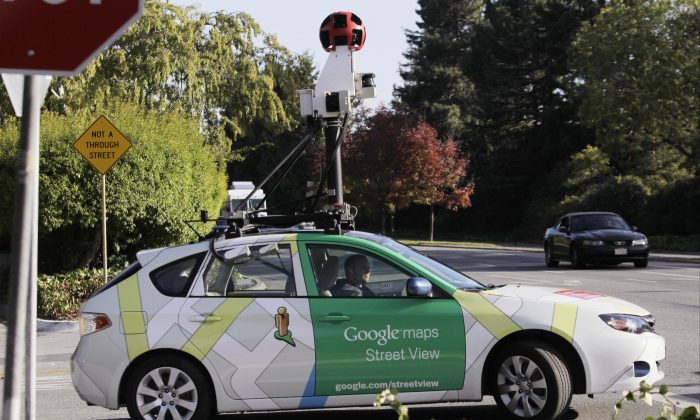 A Google Maps Street View car may have killed a dog in Chile, according to reports.

Animal-welfare organization PETA posted two pictures on a blog with the first showing a dog crossing a street in Santiago, the capital of Chile.

The second one then shows the dog lying on the pavement, apparently dead, the SF Chronicle reported.

PETA is now calling on Google to donate $1,000 to a Chilean spay-and-neuter group.

The news comes a few weeks after a Google Street View driver apparently hit another vehicle in Arkansas.

NEW YORK (AP) — Google has agreed to pay full refunds totaling at least $19 million to consumers who were charged for purchases that children made via apps without parental consent from the Google Play app store.

The settlement is part of the third case by the Federal Trade Commission about unauthorized in-app purchases made by children. It settled with Apple for $32.5 million in January and it filed a complaint against Amazon, which has said it won’t settle over the charges.

In Google’s case, the FTC said that since 2011, consumers have reported children had made unauthorized charges ranging from 99 cents to $200 within kids’ apps downloaded from the Google Play store.

Most interaction with online services on mobile devices occurs through apps, as opposed to a Web browser, according to comScore. The firm estimates seven out of every eight minutes of media consumption on mobile devices is done through an app. In the U.S., comScore estimates that the Android operating system covers 83.8 million smartphone subscribers vs. 67.4 million on iPhones.

According to the FTC complaint, when Google introduced in-app charges to the Google Play in 2011, they were not password protected. As a result, children could buy virtual items just by clicking on popup boxes within an app while they used it. In mid- to late-2012, Google instituted a pop-up box that asked for a password before a payment could be made but that still opened up a 30-minute window during which a password wasn’t required.

“For millions of American families, smartphones and tablets have become a part of their daily lives,” said FTC Chairwoman Edith Ramirez. “As more Americans embrace mobile technology, it’s vital to remind companies that time-tested consumer protections still apply, including that consumers should not be charged for purchases they did not authorize.”

The settlement will require Google to provide full refunds of unauthorized in-app charges incurred by children of at least $19 million within 12 months after the settlement becomes final.

Google is also required to change its billing practices to obtain express, informed consent from consumers before billing them for in-app charges.

“We’ve already made product changes to ensure people have the best Google Play experience possible,” Googlesaid in a statement. “We’re glad to put this matter behind us so we can focus on creating more ways for people to enjoy all the entertainment they love.”