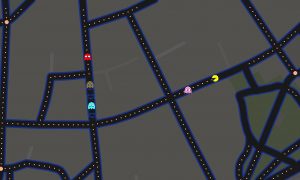 How Do You Play Pac-Man on Google Maps?
0
Share Now
TelegramFacebookTweetEmailTellMeWeReddit
Copy Link

Google Maps is one of the most used mobile and desktop apps around but not all of its awesome features are necessarily meant to prevent you from getting lost in a strange city.

For example, Google recently unveiled a new Maps feature called the Project Sunroof initiative that uses Google Maps data to help you determine if you should invest for solar panels for your house. And now it looks like Google may have yet another new Maps feature that has little to do with step-by-step navigation.

DON’T MISS: The crazy reason why no company can truly emulate the taste of Coke

Incorporated from Google’s now-dead Tablescape service, the new feature will let users take food-related photos and see them right inside the application. The feature might be especially useful when looking for information about a restaurant, as Google Maps could show you actual images of the kind of food that’s served in them.

As Android Police points out, the service is apparently in testing on Android. The feature is rolling out to local guides “level 3 and above.” The app will alert users when it found a new photo taken at a food-related place and offer them the chance to attach their photo to a location so others can also see it.

In other words, you might soon be able to post your food photos live on Google Maps just before you take your first bite.

It’s not clear at this time when the feature will be available to all Google Maps users, but a Google support document with more information about it is available at this link.

How Do You Play Pac-Man on Google Maps?

The page says that in order to take photos of places you’ve been, “notifications show up after you’ve taken a photo in public places that Google thinks are interesting to other people, like restaurants and bars,” without naming the new feature.