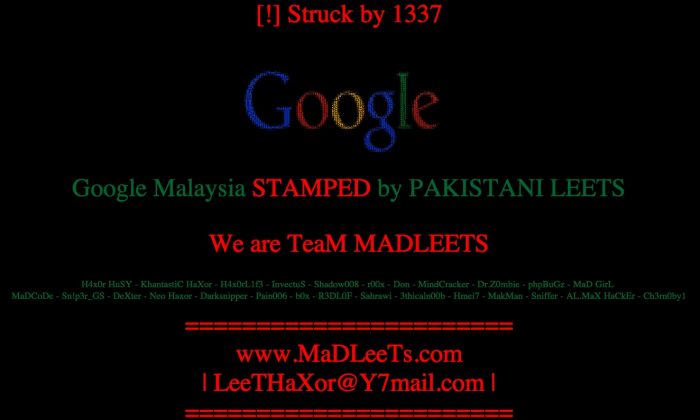 The www.google.com.my front page was colored black and had the message “Google Malaysia STAMPED by PAKISTANI LEETS” and said “Team Madleets” was responsible. On the top it reads, “[!] Struck by 1337.”

The page was then apparently taken offline.

Techcrunch, which broke the story, said the attack appears to be a DNS poisoning one. It said a hacker got access to the Malaysia Network Information Center and changed the Google DNS records to a Madleets-owned server.

Madleets apparently has a Facebook page, which describes the group as anti-hackers.

“We are Anti Hackers , we teach how to protect yourself from getting hacked,” it reads. “We are not supported by any other organization,” it continues.

In July, Google Malaysia was hacked by another group protesting how Bangladeshi workers are treated in Malaysia.