Google, iHeartMedia Settle with FTC and 7 States Over Charges of Deceptive Ads 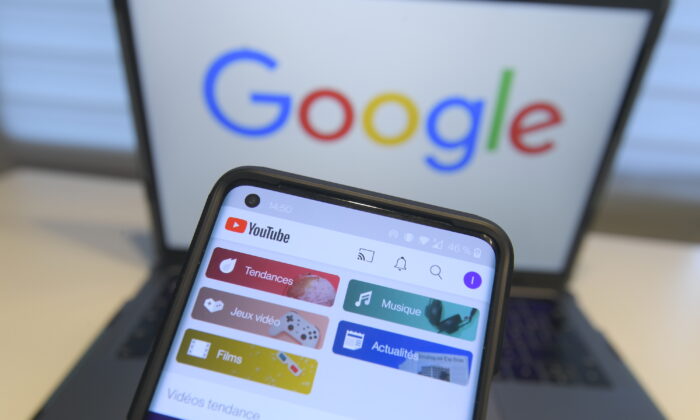 Illustration picture shows a mobile phone and laptop with the Google website, on Dec. 14, 2020. (Laurie Dieffembacq/BELGA MAG/AFP via Getty Images)
By Bradley Martin

Bradley Martin
Bradley Martin is the founder and executive director of the Near East Center for Strategic Studies. His byline can be found in notable publications such as Newsweek, The Jerusalem Post, The Washington Examiner, The Hill, The Daily Wire, and The Washington Times. Follow him on Facebook and Twitter @ByBradleyMartin
View profile
biggersmaller
Print

The Federal Trade Commission and seven states have sued Google and iHeartMedia over allegedly running nearly 29,000 endorsements for Google’s Pixel 4. Promos for the phone that aired between 2019 and 2020 featured radio personalities that praised its features, despite not even owning the product.

“Google and iHeartMedia paid influencers to promote products they never used, showing a blatant disrespect for truth-in-advertising rules,” said Bureau of Consumer Protection Director Samuel Levine in an announcement. “The FTC will not stop working with our partners in the states to crack down on deceptive ads and ensure firms that break the rules pay a price.”

iHeartMedia is the nation’s largest radio station owner with over 850 AM and FM radio stations and an internet radio network that collectively reaches more than 245 million listeners each month, while Google is a multinational technology that specializes in internet-related services and products.

The FTC alleged that in 2019, Google hired iHeartMedia and 11 other radio networks in ten major markets to have on-air personalities record and broadcast endorsements of the Pixel 4 phone. Google provided iHeartMedia with scripts that included lines about the phones such as, “It’s my favorite phone camera out there, especially in low light, thanks to Night Sight Mode,” and, “I’ve been taking studio-like photos of everything.”

Yet on-air personalities were not even provided with Pixel 4s before recording and airing the majority of the ads, and therefore did not actually own or regularly use the phones. The FTC in its statement expressed its appreciation to the attorney generals of Arizona, California, Georgia, Illinois, Massachusetts, New York, and Texas for their help in securing monetary relief in this matter.

“Google and iHeartMedia knowingly misled the public through inaccurate ads to turn a profit,” said New York Attorney General Letitia James in a press release. “False advertising is a fraud against the public. Companies big and small have a responsibility to be honest about their products and follow the law, there are no exceptions.”

James went on to say that consumers have the right to know the truth about products before making any purchases.

The proposed settlement against Google and iHeartMedia bar the companies from similar misrepresentations in future advertisements, while state judgements require them to pay $9.4 million in penalties.

This ruling comes as the latest legal issue plaguing the Google. Earlier this month, the big tech firm agreed to pay nearly $400 million to settle allegations by U.S. states that the company illegally tracked users’ locations. Google is also currently fighting claims in court over its search and advertising practices.

Bradley Martin
Bradley Martin is the founder and executive director of the Near East Center for Strategic Studies. His byline can be found in notable publications such as Newsweek, The Jerusalem Post, The Washington Examiner, The Hill, The Daily Wire, and The Washington Times. Follow him on Facebook and Twitter @ByBradleyMartin