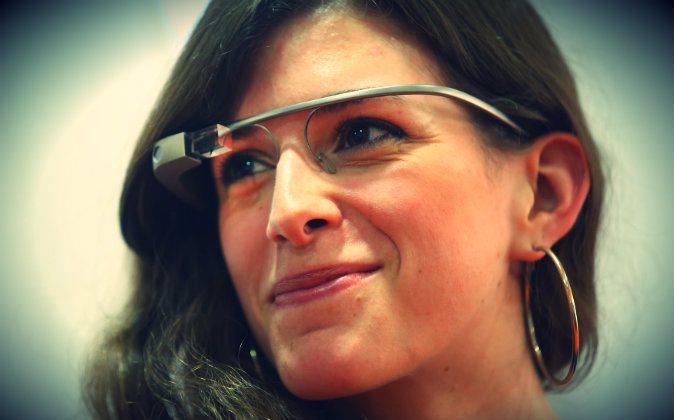 A young woman wears Google Glass at an unrelated book presentation and media event in Berlin, Germany on June 10, 2014. Google Glass, which films what the wearer sees and has a connection to the Internet, has caused controversy with privacy advocates. (Sean Gallup/Getty Images)
Tech

The Google Glass app has one more feature thanks to the German scientists. They have developed a software program that can measure human emotions.
By Abhijit Bangal
biggersmaller
Print

The Google Glass app has one more feature thanks to the German scientists. They have developed a software program that can measure human emotions. This can be done analyzing the facial expressions.

The scientists have also included features in the app that can estimate the age and detect the gender as well. These researchers are working at the Fraunhofer Institute for Integrated Circuits. They use SHORE. SHORE is the face detection and analysis software that works hand in hand with the Google Glass app.

There were reports a few months back that Google Glass will not have face detection features. However, human emotions can be tracked by SHORE. It makes the Google device the first of its kind app.

The integrated camera of the Google Glass device is used. The Google Glass app perceives the human face. Once this is done, the emotions are analyzed with the help of their facial expressions.

The Glassware (also known as the Google Glass app) calculates the age of the person along with their gender apart from some other things as well. However, one upside of the software is that it does not (and cannot) determine the identity of the person, the researchers pointed out.

Related: Is Google Glass banned even before its launch?

The calculations for coming to conclusions about the age, gender and other things via the Google eyewear are performed in real time. The CPU built in the device carries out these tasks. The image data always stays with the device.

Helpful to the Visually Impaired

The Google Glass device, with the help of Google Glass app, can prove to be a boon for the visually impaired. The reason is that the device gives supplementary audio tidings about the nearby people.

The conclusions that Google Glass app gives you, like age and gender, the software can be used for other apps like market analysis, interactive games, surveys and much more.

Google Glass has already started travelling outside the United States. It has reached Britain already. And it must be mentioned that Google Glass 2.0 is by now in progress. So, the Google Glass app could be handy in the new variant to boot.