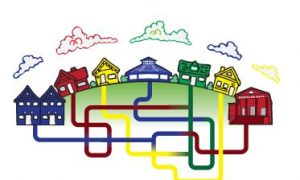 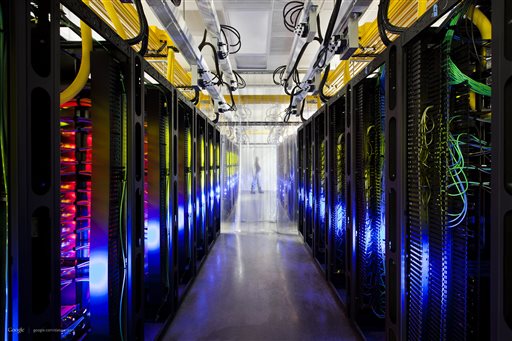 This undated photo made available by Google shows the campus-network room at a data center in Council Bluffs, Iowa. Routers and switches allow Google's data centers to talk to each other. (AP Photo/Google, Connie Zhou)
Tech

Google is appealing to the FCC to have broadband internet providers be afforded the same rights as phone companies and cable TV providers. The FCC will have to decide whether Google Fiber should be protected under Title II of the Communications Act of 1934.

Google is asking for this because as they’ve been trying to roll out their high speed Google Fiber service to different areas, they have run into major problems getting permission to access things like utility poles and cable carrying conduits. AT&T and Comcast have long been afforded ease of access to these key pieces of infrastructure, as they are classified as a cable tv provider, and thus a utility.

This decision would be in stark contrast to services like Netflix having to pay internet service provider giant, Comcast, millions of dollars for users to stream shows across using Comcast’s networks. These types of practices would most likely cease immediately, should the FCC agree with Google on how broadband is to be classified. Many net neutrality advocates believe Title II classification would be a serious victory.

President Obama has also weighed in on this divisive debate, and is support of treating broadband like other utilities.