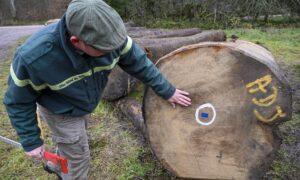 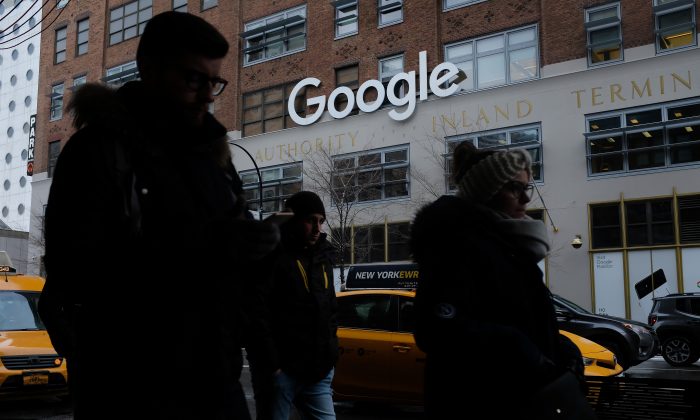 Large online platforms including Google, YouTube, Facebook, and Twitter have shifted their principles “toward censorship and moderation” from a position of protecting free speech, according to a Google research document leaked to Breitbart.

The document, titled “The Good Censor,” argues the platforms have pinned themselves between two incompatible positions: “Create unmediated ‘marketplaces of ideas’” and “create well-ordered spaces for safety and civility.”

While the platforms had previously sided with the former position, they have since shifted from descriptors such as “neutral,” “aggregator,” and “platform,” to “politicized,” “editor,” and “publisher.” However, the companies have resisted the “publisher” designation because it would make them legally liable for user-submitted content.

The document says the companies have followed the calls of users, governments, and advertisers who demand increased censorship.

The document paints internet users as a group that generally behaves badly, and demands more censorship and government control. While it could be that the misbehaving users aren’t meant to be grouped with those who demand censorship, the document doesn’t make that distinction. The document acknowledges there’s also a group who disagrees with censorship, but it only uses “controversial tweeters” and members of the “far-right” as examples. Well-behaved supporters of free speech with moderate views seem absent from the analysis.

Instead, the researchers portray the idea of free-speech principles online as “utopian,” saying free speech “becomes a social, economic and political weapon” in the hands of “bots,” trolls, and “faceless users.”

Have it Both Ways

“We must continue to make improvements to our service so that everyone feels safe participating in the public conversation—whether they are speaking or simply listening,” Twitter CEO Jack Dorsey said in his Sept. 5 written Congress testimony.

Free speech, on the other hand, necessitates people to be willing to endure offense and discomfort, in exchange for open and honest discourse.

“The only principle I can imagine working is … where ‘harm’ is interpreted to mean physical or commercial injury, but excludes personal, religious, or ideological offense,” wrote Jason Pontin, former editor-in-chief and publisher of MIT Technology Review in a 2013 essay on free speech on the internet.

Online platforms appear to be pursuing the kind of credibility that curated outlets have.

“We must ensure that people can trust in the credibility of the conversation and its participants,” Dorsey said.

The document also noted that users have “trust issues” with digital platforms “implicated in the spread of ‘fake news.’”

Yet, online platforms profit from free, user-submitted content that was never intended to be relied upon or scrutinized in the way that traditional news media are.

If the companies embrace the editorial process that boosts the credibility of traditional media, they will likely lose protections under Section 230 of the Communications Decency Act, which provides broad legal immunity from the content posted by the platforms’ users. By some measure, the companies have already started to curate.

YouTube and Google News both discriminate in favor of select news outlets they deem more “authoritative,” most of which are left-leaning.

The Google paper recommends the company to be open about how much it censors and inform users when it shifts to less or more censorship.

“Shifting blindly or silently in one direction or another rightly incites users’ fury,” it states.

It recommends that Google should “avoid taking sides” and enforce censorship regardless of politics—a position the tech giants already claim to have, but hardly live up to.

The document also recommends to police “tone,” instead of content. “People are asking you to oversee safe spaces that still encourage debate,” it states.

It doesn’t, however, address the situation where people politely express views that others find offensive and discomforting.

The document also suggests that Google needs to better explain its use of censorship and be more responsive to people’s complaints. Furthermore, the document argues that Google should explain how it wants people to behave.

Facebook, Twitter, and Google “didn’t do what every other hospitality organizer has done, in saying: ‘We’re this sort of place, this is the type of speech we would like to see here, and you are part of a community when you join us. We hope you enjoy it and we hope that you make it pleasant for other people, as well. Here are some ways that you can do that,’” the paper cites Pontin as saying.

The document acknowledges, however, that these few companies control a majority of the online conversation. By setting the tone of the conversation on their platforms, they’d be setting it across a large swath of the internet by default.

Finally, the paper recommends that Google flag controversial content, rather than censor it.

“People are asking for empowering tools that help them identify contentious issues and content, rather than platforms that control conversations,” it stated.

It isn’t clear if Google is willing to accept the recommendations.

An official Google source told The Epoch Times the document was part of internal research by its Brand Studio team, and not an official company position.

“Google is committed to free expression—supporting the free flow of ideas is core to our mission,” a Google spokesperson told The Epoch Times via email. “Where we have developed our own content policies, we enforce them in a politically neutral way. Giving preference to content of one political ideology over another would fundamentally conflict with our goal of providing services that work for everyone.”

Update: The article was updated with a response from Google.