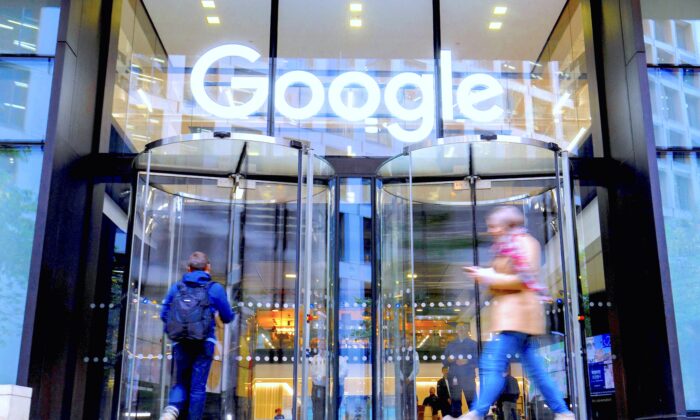 Google ‘Experiments’ on Australia Amid Public Stoush With Government

Google has buried links and search results from Australian news publishers under the guise of an experiment with its ranking algorithm.

The revelations come amid a high-profile dispute between the tech giant and Australian government over an impending law that will compel the company to pay news publishers for content.

Google Australia confirmed it was experimenting with its algorithm until early February.

“Every year we conduct tens of thousands of experiments in Google Search,” a spokesperson told The Epoch Times.

“We’re currently running a few experiments that will each reach about 1 percent of Google Search users in Australia to measure the impacts of news businesses, and Google Search on each other” he said.

“In 2018, the value we provided to publishers through referral traffic alone was estimated at $218 million,” he added.

“As we said last week, we remain committed to getting to a workable Code and look forward to working with the Senate Committee, policymakers, and publishers to achieve an outcome that’s fair for everyone, in the interests of all Australians,” he said.

In July, Treasurer Josh Frydenberg unveiled a “world-first” Media Code that would govern how Google and Facebook would pay news publishers to display their content on search results or feeds.

Previously, the tech giants could generate web traffic and engagement by displaying content from news publishers for no cost. In turn, they would monetise the web traffic by selling advertising.

The Australian Competition and Consumer Commission (ACCC) released a report that revealed the tech giants wielded tremendous market power to the detriment of news publishers and journalism in Australia.

Frydenberg remarked: “For every $100 spent by advertisers in Australia on online advertising … $47 goes to Google, $24 to Facebook and $29 to other participants.”

The Code encourages publishers to enter negotiations with the tech giants for displaying their content.

Parties are given a three-month window to negotiate a deal in good faith.

If no agreement is reached, then the matter can be taken to an independent arbitrator who will select an offer in a “baseball-style arbitration,” where both parties will put forward their best offer, and one will be selected.

The arbitration process must be concluded within 45 days.

The tech giant has mobilised its search engine front page, directing Australian users to its blog.

“The Code was originally designed to aid the financial future of publishers—an important goal which we’ve committed to support. But the way it tries to achieve this is deeply flawed,” Google Australia’s Managing Director Mel Silva wrote in one blog post.

“If the Code became law today, it would break the way Google Search works undermining the benefits of the internet for millions of Australians, from small business owners across the country, to literally anyone trying to find information online,” she added.

Facebook Australia previously threatened to withdraw its news service from Australian users in response to the Code.

ACCC Chair Rod Sims said they were led to believe Google Australia were satisfied with the progress made so far, and said recent actions were “disappointing.”

“We think we’ve met their main concerns, and if there’s more talking that needs to be done, well that’s fine,” he told The Australian.

“As we’ve always said … you can’t have a commercial deal with someone who’s got way more market power than you do, because they’ll just exercise that market power and impose something on you that you don’t want,” he said.

“What we’ve done here is evened up the bargaining position by saying either side can have recourse to arbitration if they’re unhappy,” he added.

Treasurer Frydenberg told reporters on Thursday that the tech giants should focus on “paying for original content.”

“Well, Google, Facebook, other digital giants, should focus not on blocking users in Australia accessing domestic content, they should focus on paying for it,” he said.