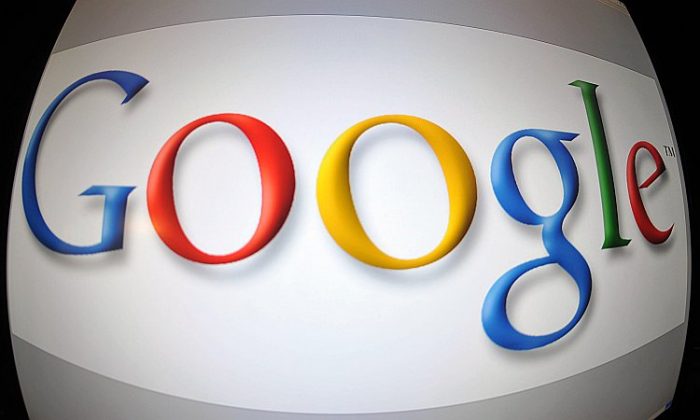 A Google logo is seen on a computer in Washington. The company reported a 7 percent increase in fourth-quarter earnings last Friday. (Karen Bleier/AFP/Getty Images)
Business & Markets

Google Inc.’s earnings disappointed the market by not meeting analyst expectations in terms of revenues and earnings in the fourth quarter, despite its earnings exceeding $10 billion for the first time in Google history.

The Mountain View, Calif.-based company announced that its annual revenue had increased 29 percent in 2011, and the fourth-quarter results for the year were up by 25 percent compared to the same quarter in 2010.

Profits were higher by 7 percent, which was hurt by the company’s heavy investments in developing non-search products and services.

Most analysts did not see the earnings miss by Google, which usually exceeds expectations. Traders who bet on knockout earnings—by purchasing call options on Google shares—suffered heavy losses, amounting to 10 out of 12 of the biggest declines by equity options holders last Friday, according to a report from Bloomberg.

On a conference call with analysts, the Chief Executive Officer Larry Page said, “Google had a really strong quarter ending a great year. Full year revenue was up 29 percent, and our quarterly revenue blew past the $10 billion mark for the first time.”

Page touted the “Growth of Android, Gmail, and Google+, which now has 90 million users globally. … By building a meaningful relationship with our users through Google+ we will create amazing experiences across our services. I’m very excited about what we can do in 2012—there are tremendous opportunities to help users and grow our business.”

The Internet search giant ranked at the top of the list for the best place to work in America, according to Fortune Magazine last week. Google employed 8,000 new staff in 2011 and 1,000 were hired in the fourth quarter. The company’s total employees stand around 32,500.