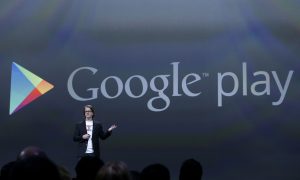 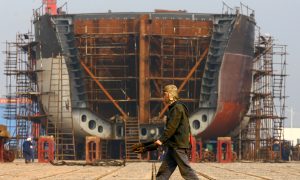 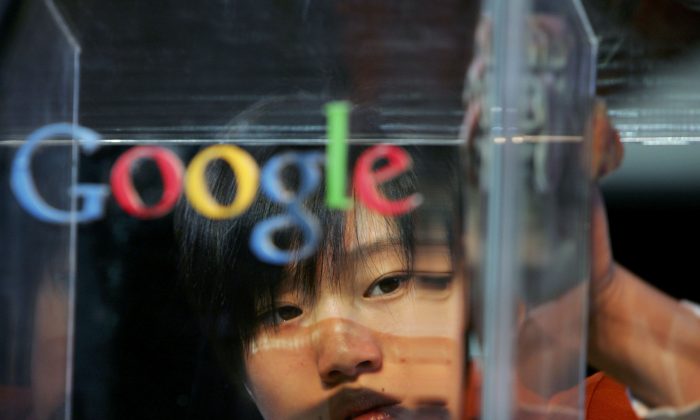 A women polishes a dais before the Google global Chinese name launch in Beijing on April 12, 2006. (Guang Niu/Getty Images)
China

Google Could Already Be Back in China

Late last year, Google quietly registered a company in Shanghai’s Free-Trade Zone, apparently in preparation for ramping up its business operations in China.

Farris, registered with the State Bar of California, is a longtime Google employee in China. His LinkedIn account, which previously identified him as a Google China employee since June 2007, and “Managing Counsel, Greater China, Google,” is now no longer online. His Google+ account lists him as a “Lawyer for an Internet Company in Beijing.”

Google Ireland Holdings is a subsidiary of Google and has earned a reputation as the company’s tax haven.

Neither Farris nor Google immediately responded to email inquiries.

Pengji lists information technology, computer software, technology transfer consulting, and computer system integration under its business scope in documents filed with the Administration of Industry and Commerce. The company has a registered capital of 5 million yuan, or $780,000.

The Paper, a semi-official media based in Shanghai, first reported the news.

The Paper said that Pengji is the corporate entity Google intends to use to do a broader scale of business in China, citing “many industry sources” with knowledge of the matter.

“Google keeps a low profile on purpose, and is not willing to make this public before making an official announcement of returning to China,” an industry source said, according to The Paper.

It has long been suspected that Google intends to scale-up its business operations in China after it pulled its services from the mainland in a high-profile 2010 move. The company was exasperated with official censorship requirements and regular attempts to hack the Gmail accounts of dissidents and other persons of interest to Chinese security authorities.

This September, Google revealed plans to return to China through its Android app store, Google Play. Google’s China comeback could take place as soon as February 2016, according to Reuters, citing persons familiar with the matter.