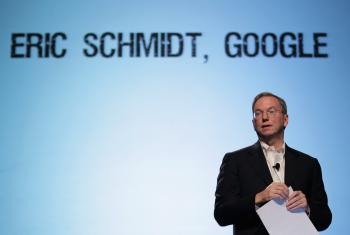 And following a stunning announcement on Saturday, it appears Google is set on changing that.

The world's largest search engine company announced it has a fleet of self-driving cars, which together have already logged 140,000 miles across the state of California.

"So we have developed technology for cars that can drive themselves. Our automated cars, manned by trained operators, just drove from our Mountain View campus to our Santa Monica office and on to Hollywood Boulevard," said the official announcement on Google's blog.

"They’ve driven down Lombard Street, crossed the Golden Gate bridge, navigated the Pacific Coast Highway, and even made it all the way around Lake Tahoe."

"We think this is a first in robotics research," the blog announcement concluded.

Google has assembled a team of engineers from the U.S. government agency DARPA's challenge over the past several years. During the entire drive, the cars were never left completely unmanned, and had trained drivers in the car to navigate in case things went wrong, according to Google.

While experts are divided over Google's motivations, it appears "Google Car" is real. Reporters at several prominent tech media publications have had a chance to be in one of these cars.

"We’ve always been optimistic about technology’s ability to advance society, which is why we have pushed so hard to improve the capabilities of self-driving cars beyond where they are today," the company said in its blog posting.

While most initial reports of the Google Car announcement predict the technology is still a few years out from becoming reality, fans of the TV show "Knight Rider" are hopeful it will become a reality.