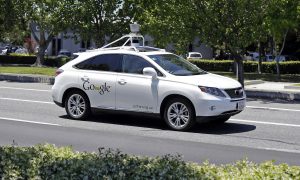 LOS ANGELES—Google is adding a free tier to its subscription streaming music service in the United States, aiming to convert the millions of people who click on the Google Play Music app every month but turn away because they’re prompted for payment information.

The service uses Songza, an Internet radio app that Google acquired a year ago but whose innovations it had reserved for paying customers.

Google hopes the free tier will entice users to pay $10 a month for a subscription that unlocks features.

Now playlists curated by Songza music experts, like “Drop-a-Beat Workout” and “Songs to Raise Your Kids To,” will be available to U.S. users for free, interspersed with ads. Playlists that are automatically generated according to genres, songs, or artists will also be available.

Google hopes the free tier will entice users to pay $10 a month for a subscription that unlocks features like on-demand playback without ads, offline listening, and use of the YouTube Music Key app, a music streaming service that includes videos and is still in development.

“Up until now, this has been a lost opportunity to bring more people in,” she said.

According to publishers’ data verified by royalty tracking firm Audiam, Google Play Music had around 815,000 paying subscribers in the United States in December 2014, far behind market leader Spotify with 4.7 million. Spotify said this month that it now has 20 million paying subscribers globally.

Along with video ads that will play before songs, banners, and interactive pitches, Google will also plug its paid service. For now, Google is not announcing any expansion of the free tier outside the United States, though the paid plan is now available in 52 countries.