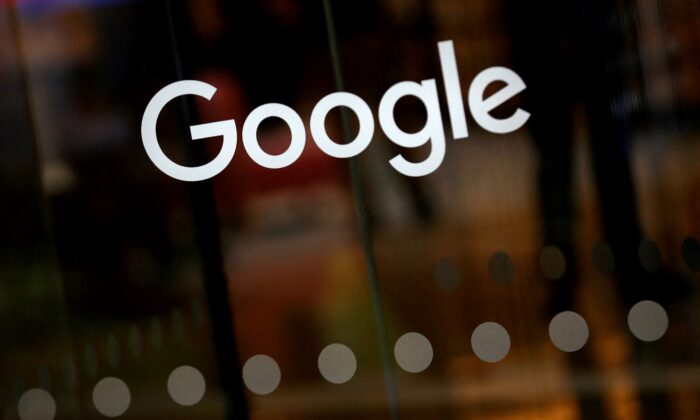 The Google logo is pictured at the entrance to the Google offices in London on Jan. 18, 2019. (Hannah McKay/Reuters)
Media & Big Tech

Swedish price comparison company PriceRunner has filed a lawsuit against Google in the Patent and Market Court in Stockholm for a preliminary compensation of 2.1 billion euros ($2.4 billion), accusing Google of showing favoritism toward its own services.

In a Feb. 7 statement, PriceRunner cited the European General Court’s decision that Alphabet-owned Google had violated the EU’s antitrust laws by manipulating search results to benefit its comparison shopping solution. As such, Google took away from the revenue of comparison shopping services such as PriceRunner and harmed the interests of European customers who ended up overpaying while shopping online.

“This is also a matter of survival for many European entrepreneurial companies and job opportunities within tech. If American tech giants, through a market position almost equal to a monopoly, are allowed to do exactly as they please and manipulate markets, we can almost certainly count on the fact that many tech companies in Europe will be affected far beyond the comparison shopping market in focus today,” Mikael Lindahl, CEO of PriceRunner, said in the statement.

Lindahl said the lawsuit is also a fight for the rights of consumers who have “suffered tremendously” due to Google’s violation of competition law for the past 14 years.

In the statement, PriceRunner noted that Google’s search engine has a market share of 90 percent in most European nations, thereby giving the tech giant a “monopoly-like” position.

In 2017, the European Commission found that the unfair advantage enjoyed by Google’s comparison shopping service on the company’s search engine had deprived European companies of competing on equal grounds. Google was consequently ordered to pay 2.4 billion euros ($2.74 billion). The General Court of the EU upheld the decision in November 2021.

“The General Court finds that, by favoring its own comparison shopping service on its general results pages through more favorable display and positioning, while relegating the results from competing comparison services in those pages by means of ranking algorithms, Google departed from competition on the merits,” the court stated (pdf).

PriceRunner is accusing Google of not complying with the European Commission’s order. As a result, internet traffic is diverted away from PriceRunner and other comparison shopping services.

The company cited research conducted by accountancy firm Grant Thornton to claim that prices shown in Google’s comparison shopping service tend to be 12 percent to 14 percent higher when compared to other similar services. When it comes to items such as clothes and shoes, the price variation goes up to 37 percent. This results in European consumers paying extra amounts to the tune of billions of dollars per year, according to the research.

The lawsuit aims to make Google pay for profits that PriceRunner lost in the UK market from 2008 and from Denmark and Sweden markets from 2013. Such damages are calculated to be 2.1 billion euros up until 2020.

During the court of litigation, the amount of damages mentioned in the lawsuit “will be increased significantly,” as Google’s violation is still ongoing, PriceRunner stated.

Google representatives didn’t reply to a request for comment by press time.