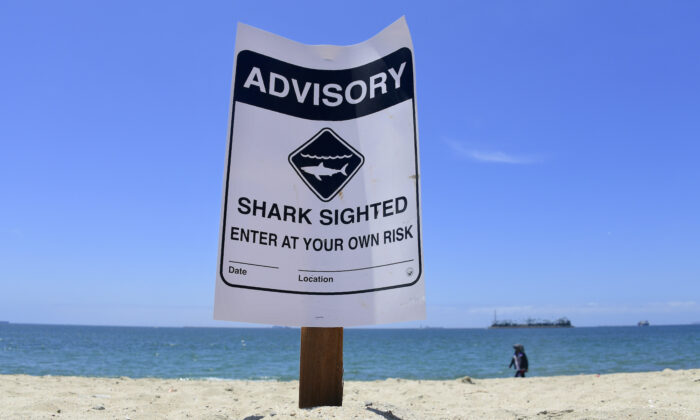 A California man who was in the water at Lovers Point Beach in Pacific Grove was rescued by good Samaritans after he was attacked by a shark on Wednesday, police said.

The beach will be closed until Saturday under State Parks protocol, police said.

Pacific Grove Police, the Monterey Fire Department, American Medical Response, and State Parks responded to the incident which occurred at around 10:35 a.m. on Wednesday.

A drone was launched to search for the shark out of “an abundance of caution” by the Monterey and Seaside fire departments, but Madalone said there were so far no additional sightings.

The police chief thanked the good Samaritans who “took immediate action and personal risk” to help the swimmer at Lovers Point Beach.

The department also thanked the U.S. Coast Guard and the Department of Fish and Wildlife.

“We want to express our gratitude and appreciation to the good Samaritans that took immediate action and personal risk to assist the swimmer,” Madalone said.

“We send our prayers and thoughts to the swimmer and their family,” she added.

Hannley relayed information on Bruemmer’s condition, saying that he was lucky but was in for a long recovery.

The Epoch Times has not independently verified the identity of the swimmer.

“It was a very large shark. Luckily none of his blood vessels were intruded upon but his femur was broke [sic] and they were able to fix it,” she said, recalling the information she says she received in a text message.

“He’s not going to lose any limbs. He’s going to survive. It’s just going to be a long, long recovery.”

KION published two short videos taken from a nearby beach house that appear to the show good Samaritans on paddle boards making their way to Bruemmer’s location in the water soon after the attack.

They swim to shore where three more individuals meet them and help bring Bruemmer ashore.