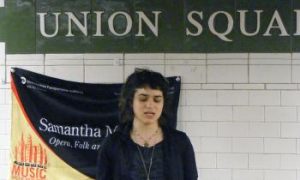 Movie Review: The Good, the Bad and the Ugly

Sergio Leone’s iconic Spaghetti Western, the culmination of his “Man With No Name” trilogy, is worth seeing in a cinema. The opening massive close up of a man’s sweating face looms large and sets a confrontational tone. This is immediately followed by one of Leone’s perfectly composed dusty vistas as a skinny dog runs across the centre of the frame, with men on horseback near-indistinguishable from the landscape, such is the sense of scale. Preceded, of course, by Ennio Morricone’s rattling, bombastic score, all primal wails and whistling, as familiar and strange as it must have been in 1967.

This is a type of film-making we just don’t see any more. Tarantino might like to think he’s conducting a revival of sorts – and certainly Kill Bill does on occasion evoke the spirit of Leone – but that film is devoid of the broad moral commentary (and, for that matter, the sheer panache) of The Good, the Bad and the Ugly. These images have entered the lexicon of society, such are their force: the hand as it edges closer to a gun; the suspicious eyes flitting from side to side; the rapid cuts as the inevitable shootout nears.

Although the central trio are delineated through title cards in the opening few scenes as “the ugly”, “the bad” and “the good”, there isn’t a huge amount to distinguish them. Why is Eastwood’s Blondie good? He also kills with abandon. He is also consumed with the selfish pursuit of money. Maybe it’s just that he’s played by Clint Eastwood, who, looking at this film with fresh eyes, comes over like the David Beckham of Westerns. With his glowing white teeth, blond hair and sculptured facial bones, he looks a little too perfect for the unforgiving, civil war-strewn hell of Leone’s deep south.

But this is a film about the looseness of morality and, fittingly, each of the characters contains some traits of the others. Tuco (Eli Wallach) is indeed ugly, but he becomes increasingly endearing with each snivelling escape from death. Angel Eyes (Lee Van Cleef) is obviously brutal and sadistic, and yet when he comes across a makeshift hospital for the war-wounded, a flash of sympathy renders across his face.

And we know a showdown between these three is coming, but Leone keeps us guessing as to its outcome, even until the very final moment. He’s a flashy, bold director who entertains first and thinks second. Like Tuco says (and this could be a maxim for Sergio Leone’s style of film-making), “If you’re going to shoot, shoot; don’t talk.”

This version adds remastered sound and an extended cut. It is epic, unapologetically brutal and hugely entertaining. One of the best Westerns ever made.