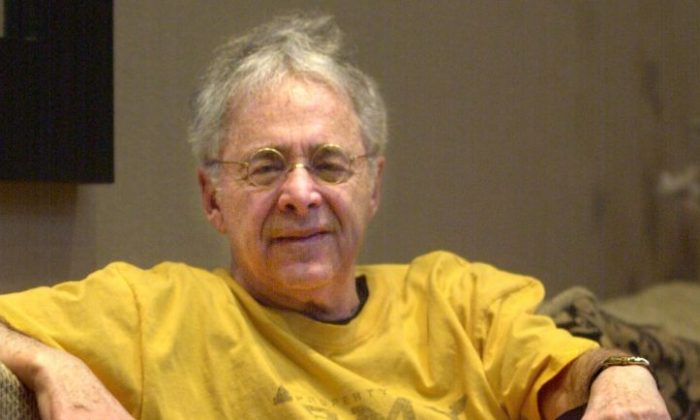 In this Dec. 20, 2002 file photo, Chuck Barris, the man behind TV's "The Dating Game," poses in the lobby of his apartment in New York. (AP Photo/Bebeto Matthews, File)
Entertainment

Chuck Barris, whose game show empire included “The Dating Game,” ”The Newlywed Game” and that infamous factory of cheese, “The Gong Show,” has died. He was 87.

Barris died of natural causes Tuesday afternoon at his home in Palisades, New York, according to publicist Paul Shefrin, who announced the death on behalf of Barris’ family.

Barris made game show history right off the bat, in 1966, with “The Dating Game,” hosted by Jim Lange. The gimmick: a young female questions three males, hidden from her view, to determine which would be the best date. Sometimes the process was switched, with a male questioning three females. But in all cases, the questions were designed by the show’s writers to elicit sexy answers.

Celebrities and future celebrities who appeared as contestants included Michael Jackson, Arnold Schwarzenegger, Steve Martin and a pre-“Charlie’s Angels” Farrah Fawcett, introduced as “an accomplished artist and sculptress” with a dream to open her own gallery.

After the show became a hit on both daytime and nighttime TV, the Barris machine accelerated. New products included “The Newlywed Game,” ”The Parent Game,” ”The Family Game” and even “The Game Game.”

At one point Barris was supplying the television networks with 27 hours of entertainment a week, mostly in five-days-a-week daytime game shows.

The grinning, curly-haired Barris became a familiar face as creator and host of “The Gong Show,” which aired from 1976 to 1980.