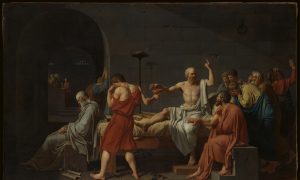 A Good Man Has Nothing to Fear, Even When Faced With Death
0
Share Now
TelegramFacebookTweetEmailTellMeWeReddit
Copy Link 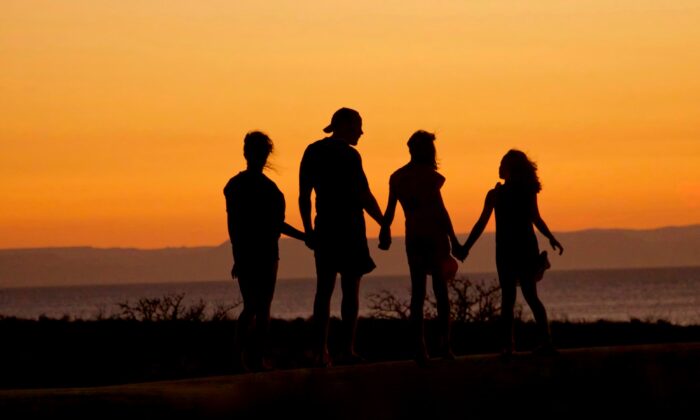 We can best prepare for death, our own and that of others, by embracing life and bringing whatever good we can to the time and place in which we live. (Unsplash)
Life & Tradition

Gone to Feed the Roses: Some Views of Death

The beauty of her language and her affection for the departed make Edna St. Vincent Millay’s “Dirge Without Music” one of my favorite poems, yet even after many readings and teaching “Dirge” in the classroom, part of the poem still baffles me. Here are the last two stanzas.

“The answers quick and keen, the honest look, the laughter, the love,—
They are gone. They are gone to feed the roses. Elegant and curled
Is the blossom. Fragrant is the blossom. I know. But I do not approve.
More precious was the light in your eyes than all the roses of the world.
Down, down, down into the darkness of the grave
Gently they go, the beautiful, the tender, the kind;
Quietly they go, the intelligent, the witty, the brave.
I know. But I do not approve. And I am not resigned.”

As I say, beautiful words and rhythm, but the repetition of “I do not approve” and particularly “I am not resigned,” which occurs in the first stanza as well, confused me when I first read the poem and have bothered me ever since. To “not approve” death strikes me as an irrelevancy, like disapproving some act of nature: a hurricane, a blizzard, a tornado, even a cloudburst when it ruins your picnic. And “I am not resigned” also makes little sense, unless the poet means she will remember the dead as she has in this poem.

In the movie “Midnight In Paris,” we encounter another take on death and dying in this exchange between a young writer, Gil Pender (Owen Wilson), and Ernest Hemingway (Corey Stoll):

Gil: Were you scared?
Hemingway: Of what?
Gil: Of getting killed.
Hemingway: You’ll never write well if you fear dying. Do you?
Gil: Yeah, I do. I’d say probably, might be my greatest fear, actually.
Hemingway: It’s something all men before you have done, all men will do.

This view of death, that we must not fear it because it comes to us all, is also dissatisfying. Most of us do fear death, not just our own but the death of our loved ones. Those of us who have lost family members or a close friend know well the meaning of Millay’s line “More precious was the light in your eyes than all the roses of the world.” The death of someone dear to us leaves a gash in the soul. Eventually, time and circumstance repair that wound, but the scar remains.

Dying Was Different Then

Just a century ago, and throughout earlier human history, people lived more intimately with death than those of us alive in 21st-century America. Far more babies and mothers died in childbirth. A toddler could die from the scratch of a nail. Diseases now vanquished once swept battalions of men, women, and children into early graves.

And nearly all these deaths took place at home, where the primary caregivers were not doctors and nurses but family members. They were the ones who spoon-fed their father, changed the sheets on his bed, and washed his corpse. Even children witnessed first hand the closed eyes, the last, ragged gasps taken by a beloved mother, the slipping away from life.

Today medical care and pharmaceuticals have removed much of the agony of the dying. Nearly 80 percent of us die in acute care hospitals or nursing homes. We are grateful for the drugs that relieve our pain and the doctors and nurses who ease our departure, but many of us may also wish we or our loved ones could die at home.

And unlike our ancestors, most of us probably feel removed from death until it knocks on the door.

Outside of religious faith, is there any philosophy, any creed, which can ameliorate our fear of death, which can provide comfort when the grim reaper calls on us or those we love?

In “Heidegger and a Hippo Walk Through Those Pearly Gates,” Thomas Cathcart and Daniel Klein blend philosophy and jokes to explore life, death, and the afterlife. The jokes are great fun, most of them too long to include a sampling here—a short one goes “It ain’t over till the fat lady sings. Oops, she’s singing.”—and the authors’ exploration of philosophy and theology is accessible.

As Cathcart and Klein point out at the end of the book, it is William James who “hits the old coffin nail right on the head.” James believed “all of us get our answers to the big questions sort of by intuition. He called it ‘our dumb sense of what life honestly and deeply means’—and he didn’t mean ‘dumb’ as a put-down, either…we mostly rely on our gut for our sense of what it’s all about.”

By including James’s brief reference to “what life honestly and deeply means,” Cathcart and Klein also hit “the coffin nail on the head.” How we choose to regard life—as a gift, a blessing, a burden, an illusion—will shape and form our ideas of death.

Let me illustrate with another example.

In “With Love And Prayers,” a collection of addresses to his students while headmaster of Boston’s Roxbury Latin School, F. Washington Jarvis delivers these words:

“Every great school in every age has always regarded the awareness of death as the foundation stone of education. A realistic perception of human life begins with the awareness of the stark reality that life is short and ends in death.
The celebrated headmaster of Eton College, Cyril Alington, was once importuned by an aggressive mother. He did not suffer fools gladly.
‘Are you preparing Henry for a political career?’ she asked Alington.
‘No,’ he said.
‘Well, for a professional career?’
‘No,’ he replied.
‘For a business career, then?’
‘No,’ he repeated.
‘Well, in a word, Dr. Alington, what are you here at Eton preparing Henry for?’
‘In a word, madam? Death.’
Roxbury Latin is only incidentally preparing you for college. Its principal mission is to prepare you for life. And the starting point of that preparation is the reality that life is short and ends in death.”

For human beings, death remains a conundrum. We don’t know when or how, and many of us believe in life after death, but we do know we’re all going to die. Our loved ones will die. It is this seemingly cruel enigma—the cessation of heartbeat and breath—that circumstance terrifies us, baffles us, angers us, or brings us sorrow and pain.

Yet Cathcart, Klein, Jarvis, Alington, and a host of others do offer us this coping mechanism: We can best prepare for death, our own and that of others, by embracing life, absorbing the wonders all around us, bringing whatever good we can to the time and place in which we live, grateful to be a part of the mystery of existence.