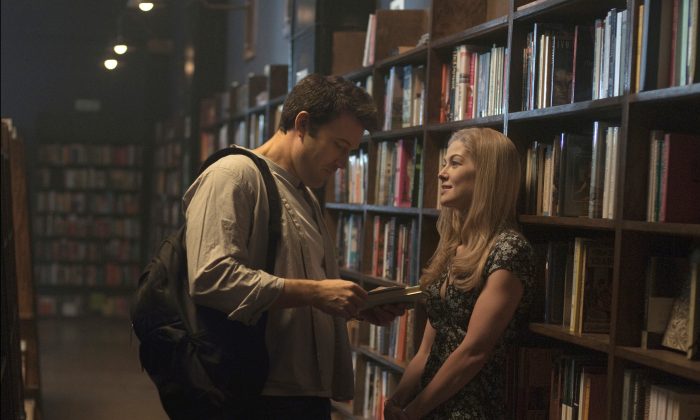 The Fox thriller starring Ben Affleck as a man whose wife goes missing is poised to top the box office for a second week with $26.8 million in ticket sales, according to studio estimates Sunday.

Also starring Rosamund Pike, “Gone Girl” is based on the best-selling novel by Gillian Flynn, who adapted her book for the screen.

“There’s a mystery that’s surrounding this movie,” said Paul Dergarabedian, senior media analyst for box-office tracker Rentrak. “To have an adult drama like this hold up so well for two weekends in a row is really unusual.”

Two Warner Bros. films round out the top five. The horror “Annabelle” claimed fourth place in its second week of release with $16.3 million, followed by the Robert Downey Jr.–Robert Duvall drama, “The Judge,” which debuted with $13.3 million.

The diversity of choices at theaters is making for robust post-summer ticket sales, Dergarabedian said, “Were making up a lot of ground after a summer season that was down 15 percent.”