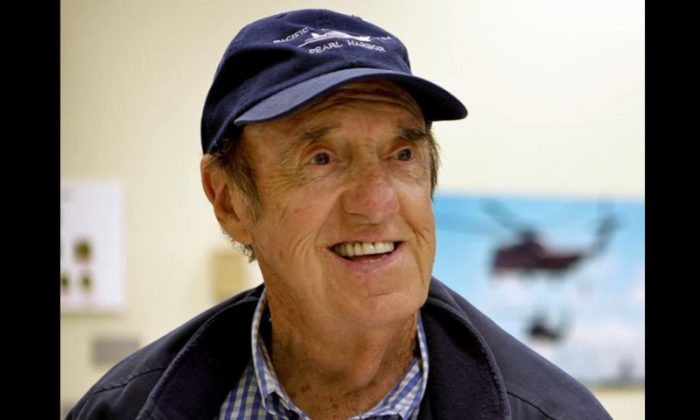 Jim Nabors during a visit to Marine Corps Base Hawaii on April 22, 2010. (US Marine Corps / Public Domain)
Entertainment News

Jim Nabors, who played Gomer Pyle on “The Andy Griffith Show,” died at the age of 87, according to reports.

He died at his Hawaii home on Wednesday night, according to Indiana-based WTHR. Details about his death were not revealed in the report, but it said he had poor health over the past few years.

“He always loved coming back for that annual singing of ‘Back Home Again in Indiana’,” WTHR Sports Director Dave Calabro said. “We lost a great friend and legend.”

Nabors had his own sitcom “Gomer Pyle: USMC” a spinoff of the bumbling character Gomer Pyle on the “Andy Griffith Show.”  He also recorded over 28 albums and appeared in other acting roles.

“It got down to what you think you want to be: an actor or an entertainer. I want to entertain,” Nabors said in 1969 about retiring the Gomer Pyle character to host a variety show, according to The Hollywood Reporter. “I don’t think I’m much of an actor. The only part I ever played was Gomer. I’m the most surprised person around that I’m successful anyway.”

We have a little favor to ask of you. We work hard to deliver important and interesting articles to you every day, but we can’t do it without people reading our articles. Please help support independent journalism by sharing this article with your friends and family. It takes less than a minute. Thank you!