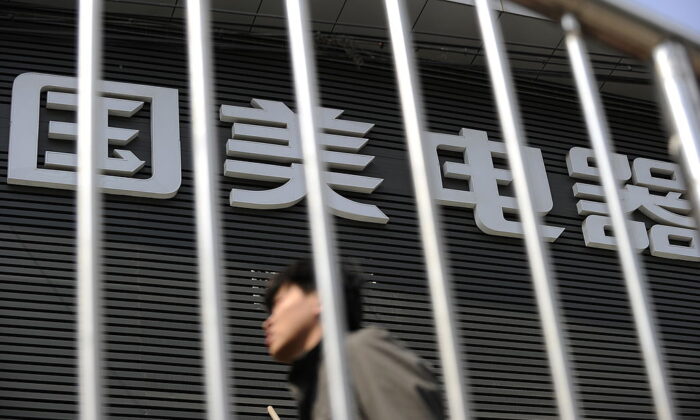 GOME Retail Holdings (HKEX 00493), a Hong Kong-based holding company involved in online sales of electrical and domestic products and audio equipment and with retail outlets in China, announced before the market opened on July 21 a temporary suspension of shares trading pending the publication of the company’s information announcement. GOME Retail was trading at HK$0.29 (US$0.04) before the suspension, with a market capitalization of HK$10.3 billion (US$1.53 billion). Trading had not been restarted by July 27.

Mainland media sources pointed out that GOME Retail’s Internet home improvement company “Dabanjia” has suspended its entire line of business and is also said to be in a financial crisis. Some employees said they were owed wages, while both founder Cui Jian and CEO Gao Fei officially resigned earlier in July.

GOME responded that since the beginning of 2022, the entire social and economic environment had been hit by the pandemic. As a result, the main home and commercial building improvement business of Dabanjia had been seriously affected. The company’s revenue had been seriously impacted, and some staff wages had not been paid in recent months causing staff to suffer emotional problems.

Dabanjia’s founder and company chairperson Cui Jian, and the CEO, Gao Fai, both resigned, citing personal reasons such as health and family. As the majority shareholder (it purchased 80 percent of the shares in Dabanjia in December 2020), GOME said it will closely monitor the company’s operating situation and its impact on employees’ emotions and is actively taking up all due responsibilities regarding the matter. According to records, GOME Retail Holdings’  share price has dropped over the last year from HK$0.90 (US$0.11) to the current level of HK$0.29 (US$0.04).