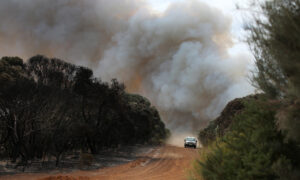 Australia Turns From Defense to Offense in Wildfire Battle
0 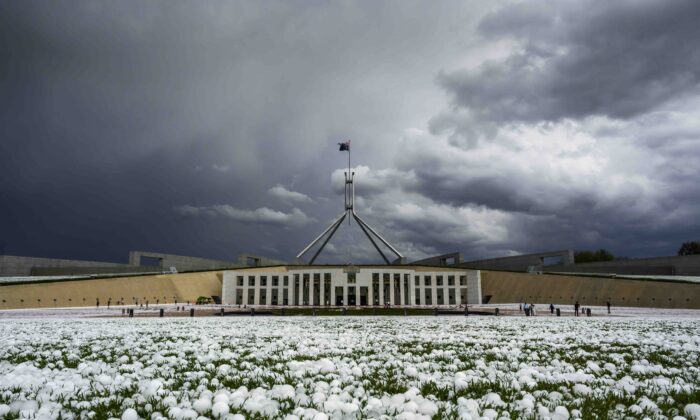 A fierce hailstorm has pelted Canberra with stones the size of golf balls inflicting severe damage across Australia’s capital city.

At 2:50 p.m., the ACT Emergency Services Agency had received more than 1200 calls for help after Monday afternoon’s 15-minute storm.

The State Emergency Service, Fire and Rescue and Rural Fire Service are responding to hail and roof damage, electrical threats, and localised flooding.

ACT Ambulance Service is attending to two people with minor injuries sustained during the storm.

An intelligence-gathering helicopter is flying over Canberra conducting a damage assessment.

Power has been restored to most of the 1,000 homes which suffered outages, according to the territory’s gas and electricity distributor.

About 170 customers are still without power.

The storm thrashed Parliament House, which looked like snow had fallen, but it appears the building escaped serious damage.

The worst-affected areas are Belconnen in Canberra’s north, the city centre and the inner south.

Hundreds of windscreens were smashed at Old Parliament House, the Australian National University and other parts of the city.

Reports of 4-5cm hail in Canberra with a severe storm earlier this afternoon. Further storms are possible. Keep up to date with warnings here: https://t.co/WwMKAwqVNM and ensure you are storm ready by following these handy tips: https://t.co/dOCvpT15v5 pic.twitter.com/JnXGVePW2U

Canberra tour guide Tim the Yowie Man tweeted a picture of the National Sound and Film Archive’s roof being punctured “like bullets.”

It remained open to visitors on Monday despite the damage. “Our collection is safe,” a spokeswoman said.

However, the National Archives of Australia was closed due to damage.

A wind gust of 117 kilometers per hour (72 miles per hour) was recorded at Canberra Airport where 2.4 millimeters of rain fell. Tuggeranong in the ACT’s south got 5mm in 10 minutes to take its total to 9 millimeters.

Animals were injured during the storm, with parliament staff looking after a bloodied crow that copped a hailstone to its head.

The wild weather is the latest twist in Canberra’s bizarre summer after the city was choked with thick bushfire smoke over the past month.