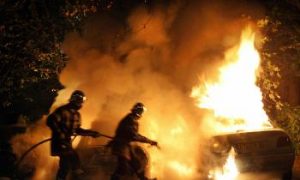 There were global headlines circulating about Goldman Sachs’ $450 million investment into privately held Facebook Inc. and subsequently raise another $1.5 billion for the popular social networking site, through its high-end clientele in the form of a private placement.

The concept behind the Goldman Sach’s investment has been highly commended given the magnitude of Facebook’s dominance and presence with more than 500 million users. However the extent of the publicity of the investment plans appeared to jeopardize the plan itself.

Based on U.S. regulations "general solicitation and advertising" is prohibited in terms of private offerings that prevent banks from marketing an offer through advertising and media channels.

"Goldman Sachs concluded that the level of media attention might not be consistent with the proper completion of a U.S. private placement under U.S. law. The decision not to proceed in the U.S. was based on the sole judgment of Goldman Sachs and was not required or requested by any other party. We regret the consequences of this decision, but Goldman Sachs believes this is the most prudent path to take," the bank said in a statement.

The current situation is not only a setback for the New York-based global investment banking and securities firm but it is also a drawback for Facebook as well since the reported interest and potential amount generated was for $7 billion, which is $5.5 billion above expectations.

“In light of this intense media coverage, Goldman Sachs has decided to proceed only with the offer to investors outside the U.S.,” the investment bank said.