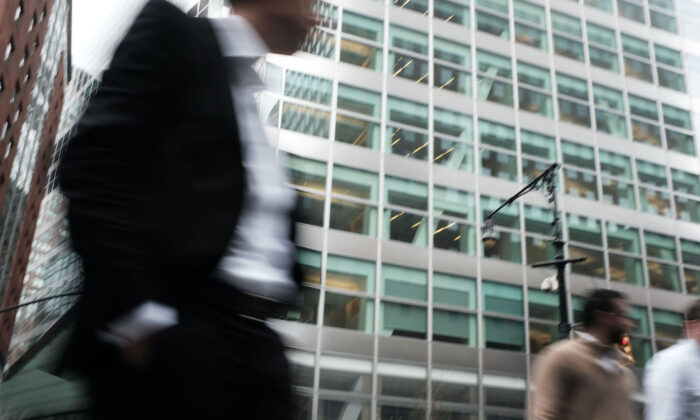 Goldman Sachs has warned investors that a midterm election season focused on inflation could prove to be a self-fulfilling prophecy, forcing the Federal Reserve to tighten monetary supply even more aggressively to prevent a wage-price spiral from spinning out of control.

“Potential further increases in food and gas prices are the main upside risk to consumer inflation expectations,” the company’s analysts said. “But another key upside risk is the coming barrage of political advertisements highlighting high inflation ahead of the midterm elections in the next few months.”

“Inflation expectations have historically been quite sensitive to political outcomes, and voters report that inflation will be one of the main issues this fall.”

In this note, Goldman is alluding to the phenomenon known in macroeconomics as the wage-price spiral. That’s said to occur when workers petition employers for higher wages, while companies raise prices in order to maintain profits, in turn incentivizing workers to ask for yet higher wages.

Thus, merely raising awareness of inflation can exacerbate inflation—as inflation is discussed more in the mainstream, workers begin to feel edgy about present and future price increases, and they may become more proactive in asking for raises to compensate for expectations of inflation.

The letter of concern from Goldman Sachs arrives ahead of November’s midterm elections, in which 39 governorships, 35 Senate seats, and the entire House of Representatives will be contested. While the incumbent president’s party almost universally loses seats in midterm elections, pundits are forecasting a particularly grim year for Democrats, as economic and political woes mount.

“Inflation is the No. 1 issue facing voters, particularly voters from demographics that have traditionally been pretty favorable to the Democrats such as Asians and Latino voters,” political consultant Maxwell Thom told The Epoch Times.

“Prices have really been hurting their wallets, and they’re not just going to stay away from the polls—they’re going to turn out for Republicans.”

While Republicans will likely benefit from widespread economic discontent, a barrage of attack ads focusing on inflation could put the Fed in a position to continue boosting rates even as the economy stalls.

“Fed officials might feel compelled to respond forcefully to even moderate further increases in long-run inflation expectations,” the note from Goldman Sachs continues. “As a result, we see the upcoming onslaught of inflation-focused political advertisements as adding to the risk that the Fed could continue to tighten aggressively even if economic activity decelerates sharply.”

In any event, the Fed will have difficult work ahead as it attempts to navigate the uncharted waters of post-pandemic stagflation.

If the managers of U.S. monetary policy are too cautious, they will risk allowing inflation to rampage; if too aggressive, they could retard economic growth for years to come.

These challenges are likely to persist for quite some time, even after the contentious 2022 midterms have passed.