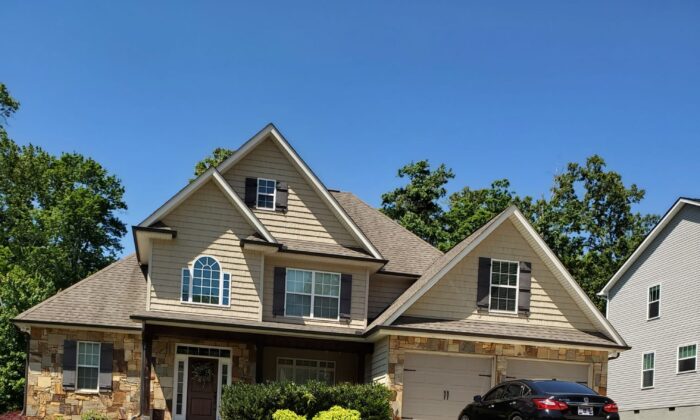 Investment firm Goldman Sachs has warned investors that a downturn in the American housing market is likely in the coming months.

“We expect home price growth to stall completely, averaging 0 percent in 2023,” Goldman strategists said in a note to clients, according to Fox Business. “While outright declines in national home prices are possible and appear quite likely for some regions, large declines seem unlikely.”

The recent decline in purchasing intentions and worsening affordability point to home sales weakening, which could push down prices, it stated.

Goldman is projecting a housing GDP decline of 8.9 percent in 2022 and 9.2 percent in 2023. This year, the firm is expecting existing home sales to drop by 17 percent and new home sales by 22 percent. High mortgage rates are seen as a drag on housing.

Building permits and existing home sales have declined more sharply this year in regions that had seen a boom during the pandemic period, the strategists observed.

This potentially suggests that recent price reductions reflect a partial reduction in housing demand that was boosted by the pandemic, they reasoned.

In its update, Freddie Mac blamed the market’s “renewed perception of a more aggressive monetary policy stance” for driving up mortgage rates to almost double what they were a year ago.

Just days earlier, Federal Reserve Chairman Jerome Powell had suggested that interest rates could be heading higher and remain elevated for some time.

Ivy Zelman, the founder of Zelman & Associates who famously called the top of the housing bubble in 2005, believes the housing market is poised for a “fairly significant” price correction, she said on the Macro Hive Conversations podcast.

“As fast as [inventory levels] are rising and demand is plummeting, we could see pretty substantial [home] price corrections. But it’s going to vary by market,” Zelman said. “I don’t think this will just end quickly. This is going to be a very pressured market nationally in 2023 and 2024.”

In an Aug. 17 report, Fitch Ratings warned that the potential of a severe downturn in the housing market has risen. The agency’s Stable Outlooks for its U.S. homebuilder portfolio predicts average home prices to fall by up to 15 percent in case of a major housing slump.