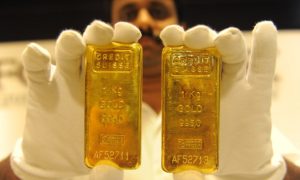 Governments and Central Banks Should Look to Gold, Not Cryptocurrencies
0 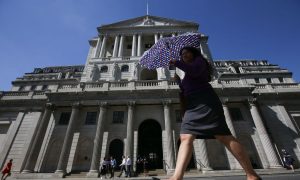 Venezuela Seeks to Repatriate $550 Million of Gold From Britain: Sources
0 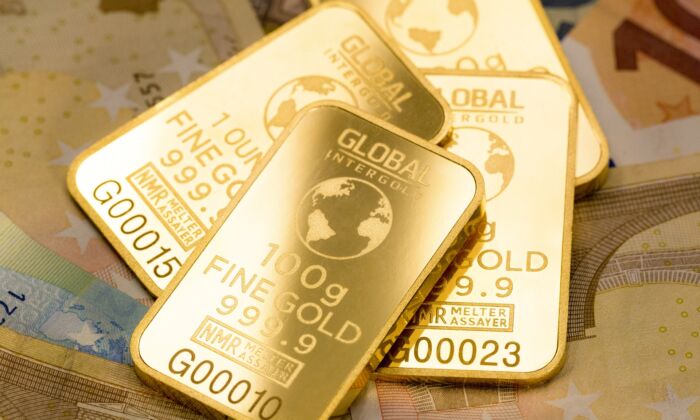 Gold Barrels Into 2019 as Growth Concerns Spur Demand for Haven

Gold is closing out 2018 on a strong note, with haven demand in the ascendant amid volatile trading in global equities, rising concern about the economic outlook and a drawn-out government shutdown in the United States.

Spot bullion is holding near a six-month high after topping $1,280 an ounce, and the metal is set for the best monthly gain in almost two years. December’s rally has pared an annual decline, the first full-year loss since 2015.

Gold gained ground this quarter as global equities plunged and doubts stacked up among some investors about the pace of global growth in 2019. The climb has been aided by a weakening of the dollar in December amid expectations that the Federal Reserve will dial back the pace of rate increases next year. That’s helped to boost holdings in gold-backed exchange-traded funds.

“For gold prices, I think there is upside to be seen in 2019,” Jingyi Pan, market strategist at IG Asia Pte., told Bloomberg TV on Dec. 31, citing prospects for fewer tightening moves from the U.S. central bank. “It does look like one where we will see a slackening of expectations in Fed hikes.”

Prices held their ground even after U.S. President Donald Trump struck an upbeat tone on his trade dispute with China, one of the lingering threats to growth going into next year. Trump and Chinese counterpart Xi Jinping spoke at length by phone Dec. 29, with each expressing satisfaction.

Adding to the gold bulls’ case, data showed manufacturing in Asia’s top economy shrank. China’s Purchasing Managers Index fell to 49.4 in December, lower than expected and below the level of 50 that signals contraction.

Among other precious metals, silver for immediate delivery was steady after hitting $15.4031 an ounce, the highest level since August. A rally of more than 8 percent this month has eroded an annual drop. Platinum is set for a full-year fall, while palladium traded just below a record hit earlier this month.