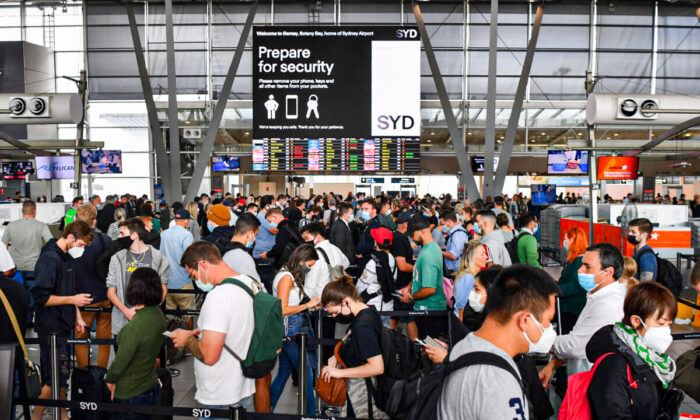 Australians hoping to get away for Christmas need to start booking flights now as last-minute travel is a thing of the past, travel experts have warned.

Aussies should not expect to be able to book a flight within a month to any desired destination at any kind of discount, said Quentin Long, co-founder of Australian Traveller Magazine.

“Spontaneous travel where you book it and you travel next month is basically dead in the water for the next two years, I’d say,” Long told Today on Aug. 1.

“What you’ve got to do is plan, plan, plan, and it is those who plan who will get the holiday that they want.”

Gold Coast and Sunshine Coast of Queensland, North Coast and South Coast of New South Wales, and Margaret River of Western Australia will be the most popular domestic Christmas destinations, according to Long, who believes flights to these places will also be booked up quickly.

Chaos at Domestic Airports Will Continue for 6-8 Weeks: Travel Boss

The prediction comes at a time when flight cancellations, delays, and long lines at airports have been common for airlines recently.

On Aug. 1, twenty-one domestic flights from four airlines were cancelled at Sydney Airport.

On July. 31, hundreds of passengers were left waiting on Qantas planes around the country due to delays caused by an IT glitch.

Graham Turner, CEO of Australian travel agency Flight Centre, warned that the domestic chaos would continue for about another six to eight weeks.

“It is a tough period,” Turner told Sky News Australia on Aug. 1, adding that inexperienced staff are contributing to the problems.

“It will improve, but it is going to take some time,” he said.

“I would suggest six or eight weeks before all of this really settles down, and there is going to be pain for domestic travellers in that time.”

“Domestically, it will improve, and we predict certainly by October/November, assuming the Omicron does settle down, it will be much better off, we think.”

With Australia’s borders re-opening to the world, the country’s airports are gaining international attention.

Sydney Kingsford Smith Airport has been ranked as one of the world’s 10 worst-performing airports due to delays.

Flight CentreFlight CentreAround 34.2 percent of flights at the airport were late between May 26 and July 19, according to FlightAware data.