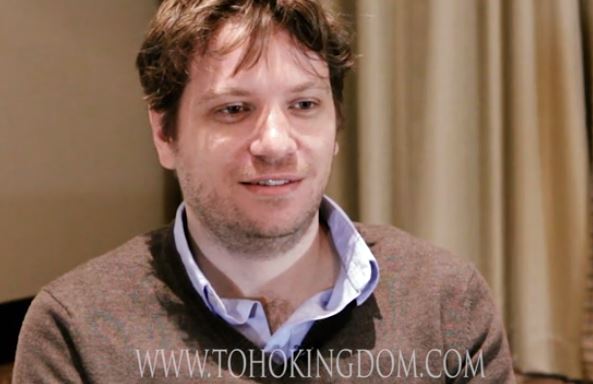 Director Gareth Edwards has disclosed some details about Godzilla 2014 as well as his appreciation for science fiction.

In an interview with Toho Kingdom, Edwards said:

-He was a massive sci-fi fan growing up. “I just found every single film I could get,” he said. He started watching Japanese movies that were showing on Channel 4, including Godzilla movies.

-He made this for himself more than fans. ” You’ve got to do what you thinks good and you pray that there’s enoguh people in the world who like it to. Really it’s targeted toward people who have never discovered Godzilla, because as much as you want to please the fans, even they would agree to get people who aren’t fans and convert them, and make them leave the cinema and say ‘Godzilla is really cool.'”

-He takes the movie seriously. “The obvious thing to say is that we’re trying to treat this very realistically and seriously,” he said.

-The blue fins that Godzilla uses when using his Atomic Breath might appear, he says fans should be happy with the film. “I kind of want to leave a lot of surprises still in the film. I assume people who visit your website will be happy with some of the choice we made.”

-Godzilla is fighting all new monsters. “When I joined the project it was already decided that we would invent a new creature that we would be up against. They’re definitely inspired by and have a lot of affection for the whole range of Toho creatures.”

-There will be a sequel. “We’ve put the phone calls through to Mothra’s agent–see if they are available for the sequel,” he said.

-New footage shown at the South By Southwest festival included several scenes, including a giant mass (likely Godzilla) going underneath an aircraft carrier. “In a series of eerie scenes reminiscent of ‘The Impossible’ or that one good part in ‘Hereafter,’ we watch as vacationers at a seaside Hawaiian resort flee from a tsunami-like wave,” reports Movie Fone. Aaron Taylor-Johnson is meanwhile on an electric tram at an airport in Hawaii, which gets ripped apart by a monster that appears to be Mothra but turns out to be Godzilla.