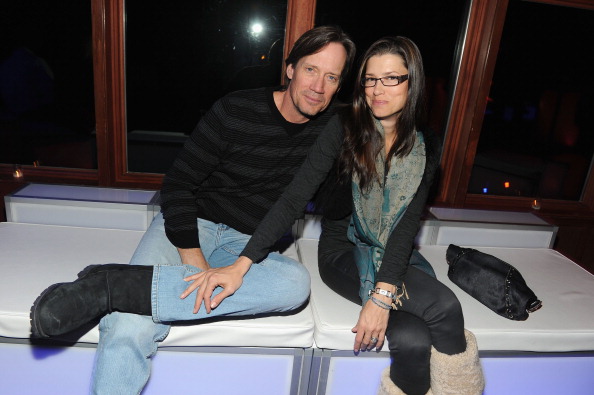 “God’s Not Dead” star Kevin Sorbo recently talked about his role in the Christian film.

Sorbo said that there’s a Hollywood political “blacklist” and claims he’s on the list because he is an Independent.

“Oh, sure,” he said in referring to backlash in Hollywood due to his views.

“I mean I’m an independent in Hollywood. I’ve voted Democratic in my life, I’ve voted Republican in my life. I’m one of the few people I think in Hollywood who actually comes out and says ‘Hey, you know what, I vote for who I think is the best person, period,’” he said, according to BeliefNet.

“I’m not a party guy. There are people on both sides of the political fence that I don’t agree with. To me, I look to see who I honestly think is going to be the best person. So, that, in itself, is enough to get me blacklisted in Hollywood…They scream for tolerance, They scream for freedom of speech but it you disagree at all with what they’re saying then they can blacklist you. They have the power to do that.

Sorbo, who plays a professor in the film “God’s Not Dead,” said that Hollywood does not owe him a thing.

“I get it. I understand that but, on the same side, it’s like ‘Okay, why can’t I have an opinion? Why does that cost me jobs?’ I mean there’s so much anger…in Hollywood. It’s weird. Their arguments aren’t logical. They aren’t based on fact. If you hit people up with facts, they just say you’re wrong and they don’t give reasons why you’re wrong,” he said.

“I’m just not afraid of the [politically correct] crowd I’ll go right back at them,” he said.

However, the film has been mostly panned by critics. It has a 4.6 out of 10 rating on IMDB as of Tuesday, and a 33 percent rating on Rotten Tomatoes. The AV Club says the film “is a mess even by Christian film standards.”