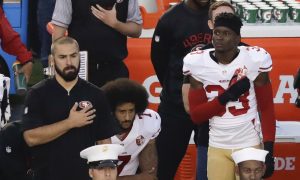 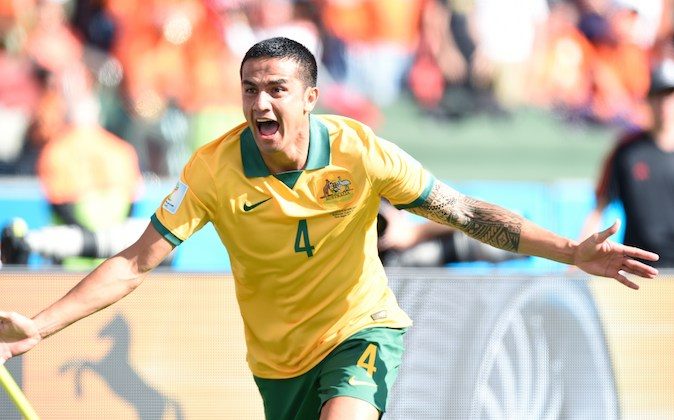 Australia's forward Tim Cahill celebrates after scoring during a Group B football match between Australia and the Netherlands at the Beira-Rio Stadium in Porto Alegre during the 2014 FIFA World Cup on June 18, 2014. (JUAN BARRETO/AFP/Getty Images)
Australia

Socceroos legend Tim Cahill was “gobsmacked” when his name got called as an Officer of the Order of Australia (AO), the second-highest honour in the Australia Day Honours list.

The award was given to Cahill as recognition of his contribution to Australian soccer as an elite player at the national and international level and his work with charitable and sports organisations.

“I was gobsmacked because as a player and as a person, your whole life, all you want to do firstly is make your parents proud,” Cahill said. “Then to achieve the career that I’ve had on and off the park domestically and internationally, to be recognised in that way, (is) truly humbling.”

Known as the all-time leading goalscorer for the Australia national team, Cahill has scored a record 50 goals in 108 appearances for Australia from 2004 to 2018.

“I said when I finished that all I wanted from the game and myself was just to be respected and this is something that is just a massive reward for all the hard work time and effort,” the former Aussie Premier League player said.

According to the Australian Government website, the Order of Australia grants the highest recognition in the Australian honours system for “outstanding achievement and service”.

The Officer of the Order of Australia, which Cahill received, is awarded for “distinguished service of a high degree to Australia or humanity at large.”

The total number of winners across categories such as Community, Medicine, Science, Media and The Arts is up to 845 people, slightly more than last year’s figure of 837, Nine News reported.