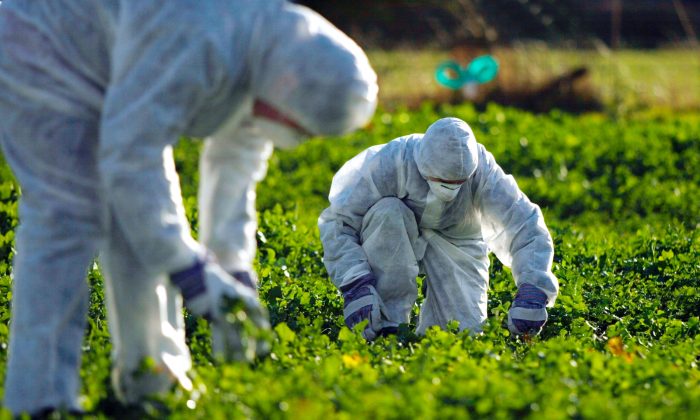 GMOs in UK: Facts at a Glance

Are genetically modified organisms (GMOs) allowed in the U.K.? Are they grown?

GMOs are allowed in the UK. GM crops can be grown experimentally if approved by the national regulators. The main GM import is soya for animal feed. Otherwise, GMOs are used in some food products.

Why aren’t GM crops allowed to be grown commercially?

Monsanto recently dropped it’s bid to introduce more GM crops into the EU because of the strong consumer opposition in Europe. According to UK government policy on GMOs, a robust assessment that indicates GMOs are both safe for people and for the environment must first be conducted before GMOs can be grown commercially.

When did the testing of crops in field trials begin?

Several experimental field trials have occurred, with the earliest in the U.K. in 1987. There is currently an experimental trial of GM wheat which started in 2012 and is continuing this year at the Rothamsted research center in Hertfordshire. Recent GM potato field trials include a study in a 1,000-square-meter (about 0.6-square-mile) plot at the Sainsbury Laboratory at the John Innes Centre, Norwich; another in 2010, at the Centre for Plant Sciences at the University of Leeds; and another in 2008 at the Leeds University Farm at Tadcaster, North Yorkshire.

Are GMOs labeled in any way in the U.K.?

Foods that contain GMOs or ingredients produced from GMOs must be labeled.

However, there are a few exceptions:
-Cheese produced using GM enzymes.
-Milks, eggs, and meat from animals fed on GMOs.
-Food that contains less than 0.9% of GM material.

How many hectares/acres of land are GMO crops grown on?

A spokesman for the Department for Environment, Food and Rural Affairs told the Epoch Times the area of land currently planted with GM crops in the U.K. is limited to 6,400 square meters (about 0.64 hectares/1.6 acres).