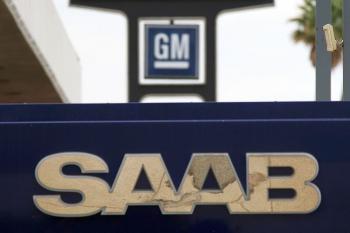 GM May Shut Down Saab This Week

By Antonio Perez
Print
Since Swedish carmaker Koenigsegg pulled out of a deal to purchase GM’s Saab brand last week, a source at the automaker said that no new bidder has come forward and that GM may decide to shutter the brand this week.

A person with knowledge of the discussions at GM told Detroit News that the company has not talked with any other potential buyer for the storied Saab brand, and at Tuesday’s board meeting, GM’s board may decide to kill the brand.

Swedish sports car maker Koenigsegg last Tuesday backed out of its agreement—signed in June—as closure of the deal dragged on and the company saw great risk in its investment in Saab, a much bigger entity than itself.

After Koenigsegg’s pullout, a few parties expressed interest in buying Saab, but so far none has submitted bids or talked extensively with GM. One possible suitor could be Beijing Automotive Industry Holdings, which is an investor of Koenigsegg and had agreed to help the company make inroads into the Chinese market had the deal closed.

Merbanco, a Wyoming-based investor group, was also linked to the Saab talks.

Saab employs around 4,500 people worldwide, mostly in Sweden. GM currently has three options: find a new buyer, try to keep the brand for itself, or wind it down.

This was the third time a planned sale of a GM entity had collapsed in 2009. Earlier in the year, an agreed sale of Saturn to Penske Automotive Group Inc. fell apart and GM was forced to shut down the brand. Last month, GM scrapped a plan to sell its European arm Adam Opel GmBH to Canada’s Magna International, deciding to keep the automaker for itself.

On Saturday, Sweden’s prime minister again ruled out a government bailout for Saab.

“We have been very clear that we do not put taxpayer money intended for health care or education into owning car companies or covering losses in car companies,” Swedish PM Fredrik Reinfeldt told the Financial Times. "You cannot save jobs just by pushing in taxpayers' money if you don't have the competitiveness to survive in a tough industry with overcapacity."

The Swedish government said that it would guarantee certain debts and obligations if a new buyer that has the resources to turn around Saab emerges.

Trollhatten-based Saab began as a manufacturer of military aircrafts. The company started making cars in 1947, and GM bought a 50 percent stake in the automaker in 1990. It acquired the rest of Saab in 2000.