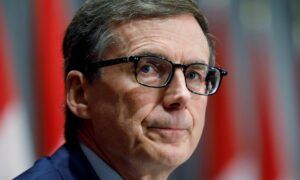 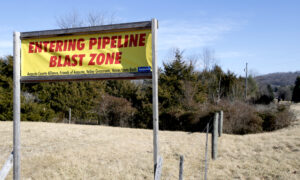 German Recovery From COVID-19 Will Be Slow and Painful, Data Shows
0
Business

Last week’s abrupt firing of General Motors Co. CEO Fritz Henderson and a quick shakeup of the company’s management team sent signals that the 101-year-old company may be struggling to keep up with its more agile rivals.

After just eight months on the job, Fritz Henderson was forced out of his position as CEO of GM last week in a move that was shocking to some analysts. Late last week, GM Chairman Edward Whitacre reportedly spent only four hours to draw up a new management team—and subsequently notified the affected individuals.

“He basically reorganized the entire company in half a day," a GM insider told Detroit News.

Henderson’s firing wasn’t exactly unexpected. Having served under former CEOs Richard Wagoner and John Smith for almost 30 years, Henderson was a finance guy—adept at cost-cutting and increasingly profitability—whose strengths were no longer needed after GM exited bankruptcy shedding most of its debt.

In addition, Henderson was almost a GM lifer—someone its board didn’t view as being independent enough from its past to steer the company into a new era.

Mark Reuss will take over as president of GM North America, and Susan Docherty will become the head of sales and marketing. Robert Lutz will return to his role of designing vehicles, and Tim Lee will head up GM’s international operations.

But behind all the musical chairs, it is evident that the moves were brought on by the company’s slow start following its historical government-assisted bankruptcy in July. GM’s board is nonetheless aware that the company is falling behind its competitor Ford Motor Co., as well as a host of Japanese rivals such as Toyota Motor Corp.

Last month, GM reported a quarterly loss of $1.15 billion—compared to a profit of almost $1 billion at Ford. More recently, its November sales figures came in 2 percent below the same month in 2008, while its rival Ford reported flat sales.

“We have more to do, but we’re committed to earning consideration and future sales,” said Docherty in a statement regarding November vehicle sales.

GM’s decision to keep its German brand Opel after exploring a sale of the company no doubt affected its reputation. After securing a sale of Opel to Canada’s Magna International, GM abruptly pulled the plug on the sale and decided to keep the European automaker.

Some analysts questioned GM’s rationale on selling the brand in the first place. Opel’s research and development netted GM several of its best-selling and most aesthetically pleasing vehicles—the Buick Regal, Chevrolet Malibu, and Buick LaCrosse, to name a few.

To be fair, Opel was a money-losing operation. But in the long run, having a European brand that is almost as venerable and old as the GM brand itself is a winning proposition—not to mention its cross-platform importance of supplying designs and underpinnings for Chevrolets and Buicks globally.

Some analysts were puzzled by why GM would need the help of SAIC to boost operations in India. One reason could be GM’s financial situation, as investing in India alone could prove to be too expensive. Another is GM’s desire to increase sales globally especially as its North American operations stagnate.

The Chinese market is markedly different, as the Chinese Communist Party regime requires that each foreign automaker set up a joint venture with a Chinese partner in order to manufacture vehicles there—partly as a way to share revenues and to siphon Western automotive technology.

Nonetheless, GM last week turned over 1 percent of GM China’s ownership to SAIC—to give SAIC a majority share and rights to budgeting and appoint a management team.