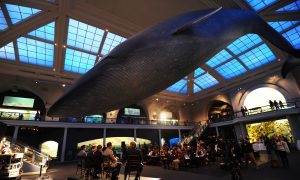 Glowing Rocks and Harry the Mastodon

Can’t figure out what to do with the kids during summer vacation? Take them to Museum Village in Monroe and watch their jaws drop.

Sure, the Natural History Museum in New York has had movies made about it, but it’s far and there’s traffic, and once you’ve seen one fossil you’ve seen ’em all.

Museum Village has all the excitement that an energetic and inquisitive child can handle in a day plus ample space, people making things with their hands, and let’s not forget the elephant in the room—mastodon, that is.

How the Museum Got Harry

Not many counties, or countries for that matter, can boast having a complete fossilized mastodon skeleton. Named Harry, because he was unearthed a few miles from Harriman, N.Y., in 1952, he lives, in the broadest sense of the word, in the deceptively small Natural History Building in Museum Village. Harry is rare because he is one of only three complete specimens of mastodon in the world.

Smaller than a woolly mammoth and bigger than an elephant, Harry roamed in Orange County until one day when he went to have a drink in a very low stream. He got stuck in the mud and stayed there until 1955 when he was excavated and put on display in Museum Village, where he still stands today surrounded by the story of his discovery and, on many days, lots of wide-eyed school kids.

The part about the very low lying stream came from George Gardianos, show chairman of the Orange County Mineral Society New York who met with Epoch Times at Museum Village to show us around.

Harry is rare because he is one of only three complete specimens of mastodon in the world.

His personal collection has over 9000 geological specimens. He brought along one of his most prized ones—a huge, oddly shaped bolder made up of pretty calcite and fluorite that he found in Illinois.

Gardianos also mentioned that Franklin, N.J., had two zinc mines that had at one time produced 10 percent of the world’s zinc. Many of the zinc specimens fluoresce under ultraviolet light. Some of the most astounding and colorful specimens are on display in the Natural History Building housed in a small dark cabin built by Boy Scouts. The cabin can fit small groups to enter and admire the collection under fluorescent light.

The cabinets that hold geological finds are equally fascinating. They were display cases in an old haberdashery store in New York City and really lend the Natural History Building an old “cabinet of curiosities” feel.

Among the archaic tools used by indigenous people 8000 years ago that are on display, there are also some unlabeled objects. A  three-legged grinding stone is an amazing a sculpture as any—it is not known how old it is, and where it came from, but its beauty is undeniable. Another grinding stone is round with a rock ball nestled in a concave part of it that could only have been used for breaking up and grinding tough plants and possibly grains. These objects would be in glass cabinets in other prominent museums, but at Museum Village they are close and easy to observe.

For gem and jewelry lovers the museum will be holding the “Mineral, Jewelry, Gem & Fossil Show” on June 6 and 7.