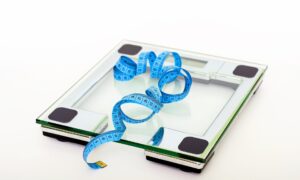 When traveling to Yunlin County in Taiwan, I was surprised to see Yun Zhong Street, whose name is the same as my pseudonym, Yun Zhongjun.

The street name and the snacks made me feel happy, as though I had returned to my hometown in mainland China. As I wandered the street in front of the train station, I accidentally bumped into Mr. Lin Yuhe, a former Taiwanese businessman who had invested and worked in China but is now a taxi driver.

While riding to Sun Moon Lake in his taxi, Lin could not wait to start chatting with me.

“I worked hard for 17 years in China, mainly running a nightclub in Dongguan in Guangdong Province,” Lin said. “I lived in Dongguan for 11 years and after that lived 5 and a half years in Kunshan City, Jiangsu Province.”

He talked passionately about his past: “Actually, there were no laws at all in China. We had to protect ourselves. I employed more than 20 bodyguards at that time. All of them were qualified top martial artists.

“Every day, I made a living under the glint and flash of cold steel. I even attended a ‘Hongmen Banquet.’” Hongmen Banquet is an idiom in Chinese referring to a feast or meeting set up as a trap to kill or threaten those invited.

He said he still remembered clearly the time a Dongguan gang invited him to a feast. The guests of Lin’s casino were mainly Taiwanese businessmen, and the local mafia threatened him, telling him the Taiwanese businessmen needed to go gambling in the new casino that the gang had founded. If not, the gang would kill him.

The gang leader said, “Either be a friend and cooperate with us or be an enemy and fight against us. You have no other choice.” He felt very helpless. He knew it would be very easy for the underworld to cut off his hand or foot at any time.

He had no option but to tell them to give him two weeks to deal with this matter. Later, Lin found another underworld boss to settle things, but he lived in fear every day. He did not know when misfortune would befall him.

In Kunshan City, Northeast gang members holding swords came to his massage shop to provoke him. He immediately called four members of the Anhui gang to come help him. A fierce fight broke out between the two sides. As a result, the tendons in many Northeast gang members’ hands and feet were cut, and they bled heavily.

Seemingly facing death every day in China, Lin finally decided to return to his hometown in Taiwan. He smiled a bitter smile, saying, “Finally, I came back alive.”

Liao Yunyuan, a former chief secretary of the Strait Exchange Foundation and director of the Economic and Trade Office, said, “Some of the missing Taiwanese businessmen were seized by Chinese authorities, while some self-exiled due to business failure.”

There was a Taiwanese businessman surnamed Cheng who invested in Shandong Province. When Cheng arrived in China, the local government pledged to give him land and interest-free loans at his request. The Chinese authorities seemed to provide a lot of preferential treatment to Taiwanese businessmen.

Cheng suffered extreme stress and become psychotic. After driving out one dark night, Cheng never returned. Finally, the factory was taken over by the county magistrate’s relatives.

According to mainland media reports, currently the number of Taiwanese businessman residing in China and traveling between Taiwan and China is about 1 million, with 400,000 in Shanghai.

Even if some of Taiwan businessmen succeed temporarily, there is no legal system to protect them, and, once they are cheated in China, neither Taiwan’s Mainland Affairs Council nor the Strait Exchange Foundation can do anything.

Gao Weibang, president of the Victims of Investment in China Association, once said in earnest: “Even if the SMEs [small or medium-size enterprises] or self-employed Taiwanese businessmen attain temporary success, in China’s society, which lacks the rule of law, preventing the earned benefits from being coveted and plundered by mainlanders would be hard.

“When you embark on legal proceedings, you also cannot find a righteous lawyer to redress your grievances.”

Before saying good-bye to me, Lin Yuhe said, “A gloomy prospect for Taiwanese businessmen in China is expected. Unfortunately they do not even know that they are in danger. I hope they can come back, like me, in time.”