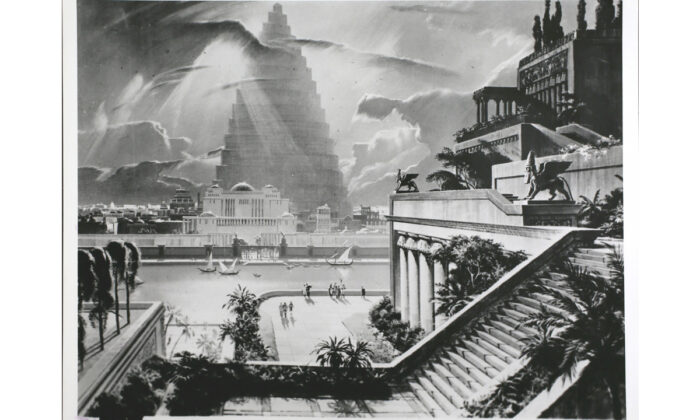 The city of Babylon, with the Tower of Babel in the distance, and one of the Ancient Seven Wonders, the Hanging Gardens, is shown in this re-construction by Artist Mario Larrinaga. Built by King Nebuchadnezzar to please one of his wives, it is shown by means of this painting in Cinerama, Babylon. Hulton Archive/Getty Images
Viewpoints

Globalization—The Most Ancient and Ever-Failing Utopia 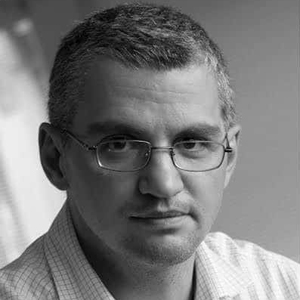 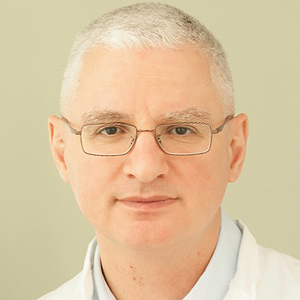 Today, many regard the “America First” doctrine as being treacherous to America’s allies.

Actually, the opposite is true. This is why.

We still remember the eloquent speaker coming to our school in what was at that time communist Bulgaria. He would argue that internationalism—a concept that seeks to unify all nations—was inevitable. In the mid-1980s, it became clear that the only inevitable outcome of internationalism was failure.

Around the same time, however, Theodore Levitt, writing in the Harvard Business Review, brought another term into use—“globalization.” To us Eastern Europeans, its resemblance to internationalism was, and still is, very alarming.

[Note: Despite some differences in definition, the terms imperialism, internationalism, and globalism share one similarity—they all seek to ultimately create a homogeneous humanity by eliminating territorial fragmentation and lifting national boundaries.]

Today, proponents of globalization argue that it’s a new and unstoppable trend. However, history tells us that the drive toward a homogeneous humanity is perhaps the most ancient, universal, and subconscious utopia that people have sought to achieve.

So far, every attempt to realize this utopia has failed miserably. We need to recall, for example, the Babylonian Empire of Nebuchadnezzar II, Greece under Alexander of Macedon, the Islamic Caliphates, Napoleon’s France, or the USSR.

Today, nation-states still dominate the world stage. Why? Why does the initial success of globalization always end with a return to a fragmented world?

The concept of a fragmented humanity is deeply rooted in the Western worldview. The biblical story of the Tower of Babel—present in both Judaism and Christianity, but not in Islam, Buddhism, and Hinduism—describes how God splits up a monolithic humanity into different linguistic groups and spreads them across the world.

Indeed, with the emergence of language and geographical separation, humanity acquired the essential instruments of group construction, leading to the later rise of nations. The fundamental point here is that—in contrast to other major value systems—Judaism and Christianity view a fragmented humanity as part of a divine plan.

The main advantage of a fragmented world is that it offers a competitive environment for economic, social, and juridical systems—a driving force of human progress. When there is rivalry, especially within a common domain that allows for the exchange of goods, knowledge, and skills, the results can be stunning (e.g., Ancient Greece, Renaissance Italy, and pre-Bismarckian Germany).

The fundamental rejection of a homogeneous humanity is probably one of the reasons why Jews and Christians have produced the most competitive and prosperous period of human civilization. As German sociologist Max Weber wrote in “General Economic History,” “This competitive struggle [among the European nation states] created the largest opportunities for modern western capitalism.”

Another benefit of fragmentation is that it limits inequality. A certain level of inequality promotes economic growth; yet, excessive disparities may lead to social unrest and revolutions. Price’s Law, which predicts the distribution of wealth in society, states that the square root of a population owns 50 percent of the total output it produces. In other words, inequality is a direct function of the size of the population: The more populous a community, the greater the interpersonal disparities within it.

Fragmentation of the world may also prevent conflicts by creating a more stable global political environment. A good example is the impact of territorial unification and fragmentation in European politics.

German historian Ludwig Dehio, in “Gleichgewicht oder Hegemonie,” saw the five hegemonic power-building events in the past five centuries in Europe—Spain of Philip II, France of Louis XIV, Napoleon’s Empire, Germany of Wilhelm II, and the Third Reich of Adolf Hitler—as a direct result of the political instability prompted by the removal of borders and unification.

Currently, it appears that global elites are using the resources of the United States and the European Union to pursue globalization by promoting liberal-left values.

The America First doctrine is a definite sign that President Donald Trump has rejected globalism and embraced economic nationalism. This policy not only strengthens the United States but also sends an explicit message to its allies: “The globalist agenda is dead. Start caring about your own countries!”

Now, America’s allies—confronted with this new reality—are forced to accept that their own countries and citizens will have to come first—an encounter that will make them more self-reliant, less globalist, and ultimately stronger.

Proof of the success of this policy is the recent unprecedented increase in military spending of almost all European NATO member states.

Recent political events—the 2016 Brexit vote, the last U.S. presidential election, the 2019 re-election of the Law and Justice Party in Poland, and Boris Johnson’s landslide election victory in the UK—reveal that this latest attempt at globalization is losing ground.

If history has taught us anything about globalization, it’s that once on the retreat, it can’t be retrieved—a development that’s tragic for the “progressive” political commissars, but beneficial to ordinary people.

Marin Guentchev received his M.D. and Ph.D. from the University of Vienna, Austria. He is the founder and owner of Trinity Medical Center in Sofia, Bulgaria, and is assistant professor (Privatdozent) for neurosurgery at the University of Heidelberg, Germany.

Hristo Guentchev received his architectural degree from the Technical University in Vienna, Austria. He is the founder and owner of Prototyp Ltd, an international facade engineering company whose portfolio includes engineering work on landmark projects such as the extension of the British Museum (London), BMW Museum (Munich), Louvre (Abu Dhabi), and Museum of the Bible (Washington).

On their blog (GBros.org), they discuss Bulgarian and European politics.