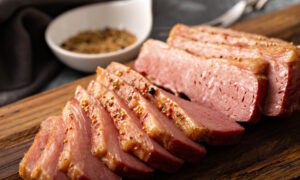 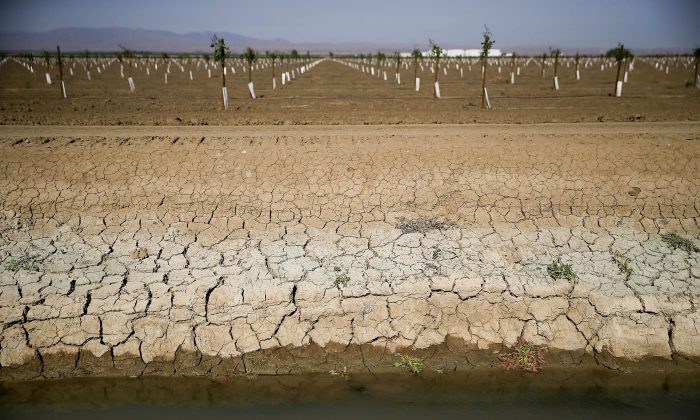 For years, experts have been warning that the world is facing a freshwater crisis of unprecedented proportions. As populations grow, demand for fresh water is soaring, yet there is less water on earth now than there was 2,000 years ago, when the population was 3 percent of what it is today.

While the crisis is already well underway in Sub-Saharan Africa and South Asia, the freshwater shortage isn’t just confined to a particular region–it’s a worldwide issue. The World Bank has said that the scarcity of freshwater is likely to be one of the major factors interfering with economic development in the coming decades.

A third of the world’s population lives in “water-stressed” countries. Cities such as Bangkok, Jakarta, and Mexico City have heavily overdrawn from their groundwater aquifers. Hydrologists say large areas of northern China and Africa, and parts of the Middle East, India, Mexico, and North America are on the brink of severe water shortages.

In the 1960s, experts sounded an alarm bell of a different kind. They predicted that if the world’s population doubled in 30 years as anticipated, famine on a mass scale would occur, resulting in billions of deaths. The population did indeed double, but the famine never materialized because scientists developed high-yielding crop varieties which basically met the food needs of developing nations.

It was called the Green Revolution, and it saved the day to a large extent. But it had a downside in that these newly designed crops, besides needing copious amounts of pesticides and fertilizers, had an extremely high demand for water. Huge irrigation projects as well as small dams and wells were built, and farmers began withdrawing massive amounts of water from underground reserves–water that in many cases is not being replenished. Some countries, such as India, implemented a system called “double cropping,” whereby crops were grown during the dry season as well as in the wet season, resulting in added water demands.

“As a result, now 30 years on, we’re growing twice as much food but we’re using three times as much water to do it,” says Fred Pearce, Environmental Consultant with the U.K.-based New Scientist magazine. “The current generation of crops we’ve got are very thirsty indeed.”

While researching his book When the Rivers Run Dry , Pearce traveled the world to investigate the fresh water situation. He discovered that dozens of the earth’s great rivers are running dry before they reach the sea, including the Colorado and the Rio Grande in the United States, the Nile in Egypt, the Yellow River in China, the Indus in Pakistan, the Murray in Australia, the Jordan in the Middle East, and the Oxus in Central Asia.

While climate change and pollution are contributing factors, Pearce says the main cause of the freshwater shortage is over-extractions; some for cities, some for industry, but the largest amounts by far have been for agriculture, especially in dry areas.

“We’re just taking more water than the rivers can provide,” says Pearce. “The real reason they’re drying up in those places is we’re taking the entire flow out–there’s just nothing left.”

The drying trend in Canada is manifesting mainly in the Prairie Provinces where many farms depend on water that is pumped from underground aquifers. In Alberta, most of the large rivers have been dammed for the purposes of irrigation. And thanks to global warming, dwindling snow packs, less rainfall, and more evaporation are exacerbating the problem.

According to Dr. David Schindler, Professor of Ecology at the University of Alberta, Saskatchewan and Alberta have been in a drying trend for 30 to 40 years, with the South Saskatchewan River System being heavily impacted. A rapid surge in population growth due to Alberta’s booming economy is adding a further strain to the province’s water supply.

“In the South Saskatchewan we’re already seeing fish kills, low oxygen rates, and poor water quality,” says Schindler. “With the increase in industrial use and population that we have, and the warming climate, these problems are only going to get worse.”

South of the border, recurring droughts are a feature in the U.S. West, and some farms along the Rio Grande in Texas that have been in existence for several hundred years are lying fallow for lack of water. In Europe, some southern regions have been getting drier, with parts of Spain, Greece, Malta, and Cyprus starting to become desertified.

Parts of Australia have been in the grip of a severe drying trend for the past five years, with more than half of the country’s ranch land now drought-stricken. The Australian government recently announced a compensation package for 72,000 farmers who are eligible for emergency relief.

Pearce says “water wars” could easily be seen in the future unless action is taken, as many of the world’s major rivers run through several countries. Egypt has threatened war on any country that takes water from the Nile without its permission, and India has been wrangling with Bangladesh over the Ganges, and with Pakistan over the Indus. The British Foreign Office has identified water as one of the most probable sources of future conflicts in Central Asia.

A United Nations report released in November called attention to the practice of “water apartheid”: Slum dwellers and the poorest of the poor in developing nations often have to pay as much as 10 times more for water than their wealthy counterparts. The report found that more than 1.1 billion of the world’s people don’t have regular access to clean water, and that contaminated water results in the deaths of 1.8 million children under five globally each year–more than are killed by war, malaria, HIV/AIDS, or traffic accidents.

The report said that access to clean water should be considered a basic human right. It recommended that governments recognize this right by providing access for all to a minimum of 20 litres of clean water per day, and that those who can’t afford it should get it for free.

Jegan Geetha, executive director with Gramalaya, an NGO that provides micro-loans to India’s poor to help them install water connections and toilets, says state governments in India do not have any “effective machinery” at the village level to maintain water sources. The group is trying to educate people about water quality and sanitation–two of the major reasons people are getting sick. In areas where there are only community toilets, Gramalaya trains women’s self-help groups to maintain the toilets. But it’s an uphill battle in some places.

“In many of the northern areas of India the water supply is bad,” says Geetha. “For instance, in an area in Mumbai, one toilet is serving 5,440 people.”

The water situation is so dire in Peru that the new president, who took office in July, has put water at the heart of his domestic agenda. President Alan Garcia is promising to provide drinking water to 2.5 million people by July 2009. Basic sanitation and clean drinking water are out of the reach of a third of Peru’s urban dwellers and two-thirds of its rural population. The UN estimates that Peru could cut the child mortality rate by 60 percent if a properly functioning sewage system was installed across the country.

Pearce says scientists are now looking into a “Blue Revolution,” which would include breeding crop varieties that don’t need much water as well as being drought-resistant.

“Their drive 30 years ago was crops on a given amount of land that could produce more tonnage. But now they’re thinking how much tonnage could be produced for a given amount of water, because in a lot of the world, water rather than land is the real constraint on crop production.”

With global water use expected to increase by about 40 percent over the next two decades, action needs to happen soon.

It has been estimated that the amount of clean water wasted in rich countries would be enough to meet the needs of all those in the developing world who lack access to drinking water. The leakage rate in Montreal currently stands at 40 percent, while in Singapore it’s only 5 percent.

Pearce says in most countries, improving water management has been a low priority for too long, and governments are loath to invest in expensive improvements. “The good news,” says Pearce, “is there are plenty of things that can be done. The bad news is that people haven’t got around to doing it yet.”

“With any of these things, it usually takes a crisis before people act.”