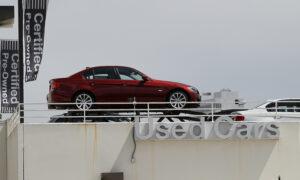 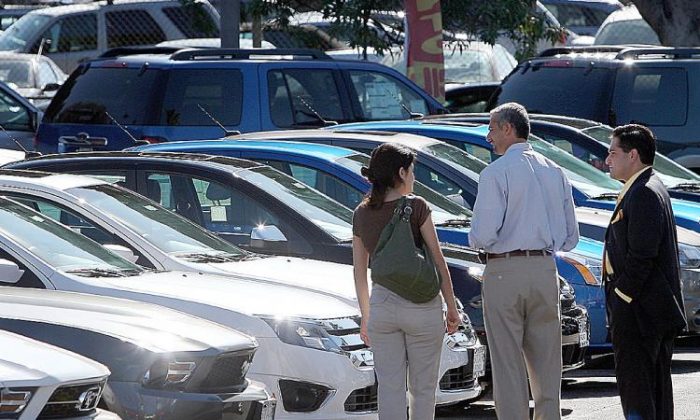 The global microchip shortage is still greatly affecting both the new and used vehicle markets, with the nation recently seeing some of its highest prices on record.

According to data released by Edmunds, a website that tracks vehicle prices, the average transaction price (ATP) for used vehicles during this year’s second quarter increased to $25,410, which marks the highest quarterly used ATP Edmunds has recorded. During the first quarter, the used vehicle market saw an ATP of $22,977; the ATP during the second quarter of 2020 was $20,942.

Microchips are the component that allows the function of numerous computer-controlled components in a vehicle, such as airbags, touchscreens, engines, and more, making them vital to the manufacturing of any vehicle.

The chip shortage resulted from the pandemic, where in March and April of 2020, many American automakers were forced to stop production due to stay-at-home orders. Auto manufacturers subsequently canceled orders for microchips under the belief that vehicle sales would plummet.

Factories reopened eight weeks later—much faster than expected—but by then, chip manufacturers had begun making chips for personal electronics instead.

The lack of microchips has led to automakers being unable to manufacture new cars, causing the price of available inventory to increase to at or above manufacturer suggested retail price (MSRP).

“We have seen a large decline in available new vehicles from our manufacturer,” Anthony Benfatti, general manager for Jaguar Land Rover in Carlsbad, California, told The Epoch Times.

“[Jaguar Land Rover North America] regularly submits notices to us of new vehicle allocations being drastically minimized, canceled, or not offered at all. The shorted quantities of new vehicles has caused most new vehicle prices to stay at MSRP or above due to market demand. The limited sales we make even at higher prices do not make up for the large loss of revenue from volume.”

The lack of good prices and of new cars in general has sent typical customers toward the used market, which has sent the price of previously owned vehicles skyrocketing. Similarly, rental car companies, which are typically a large source of the used car market, have held onto their fleet longer due to the lack of new vehicles, which has also contributed to the exaggerated used vehicle price.

The difficulty in acquiring microchips has caused more problems than just a lack of new cars though; as Benfatti noted, it’s impacting car maintenance as well.

“Due to the lack of new vehicles and manufacturer assistance, we are also struggling to keep a large enough loaner car fleet for our service customers, causing increased delays for service appointments,” he said.

“The lack of microchips is additionally causing large parts supply shortages often creating weeks and months for vehicles to wait in our service department for just one part.”

The original semi-solution for manufacturers was to divert microchips from less popular vehicles to more in-demand ones, but as time went on, they have since continued building vehicles without the chips, causing tens of thousands of new cars and trucks to sit in parking lots waiting for the new chips before they are sent to dealerships.

This can only on for so long though, as General Motors was forced to halt most of its large pickup truck production on July 21 due to the issue. Ford also significantly cut its North American vehicle production in July.

Benfatti said the dealership he manages currently has 20 vehicles on the lot and would normally have 250 prior to the pandemic.

“We anticipate this shortage will continue well into 2022 and most likely will not resolve until late 2023,” he said.

“In general, we are hopeful parts and new vehicle wholesales can resume as soon as possible so we can continue to assist our patrons with reasonable wait times for purchases and service with reasonable prices.”