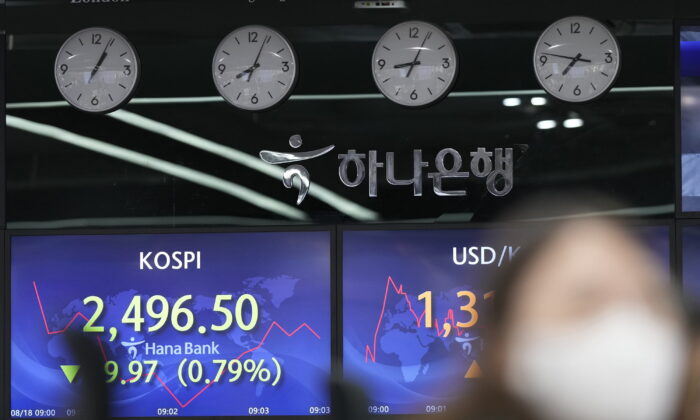 Global Stocks Lower After Fed Says US Inflation Too High

Investors worry aggressive rate hikes imposed by the Fed and central banks in Europe and Asia this year to tame inflation that is running at multi-decade highs might derail global economic growth.

On Wall Street, futures for the benchmark S&P 500 index and the Dow Jones Industrial Average were off 0.3 percent.

On Wall Street, the S&P 500 tumbled 0.7 percent on Wednesday, wiping out the week’s gains. That left the index down 0.1 percent since Monday.

The Dow sank 0.5 percent and the Nasdaq slid 1.3 percent.

The Fed notes made clear the board plans to keep raising rates but gave no indication when or by how much.

The U.S. central bank has hiked its benchmark lending rate twice this year by 0.75 percentage points, triple its usual margin. Forecasters say a hike of the same size is possible at its September meeting, though the likelihood has declined as data show the economy weakening.

The Commerce Department reported July retail sales were flat compared with the previous month, defying predictions of a slight increase. Retailers have warned high inflation will discourage consumers from spending on non-essentials.