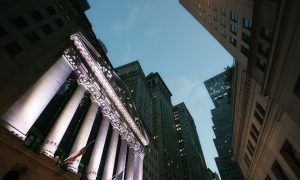 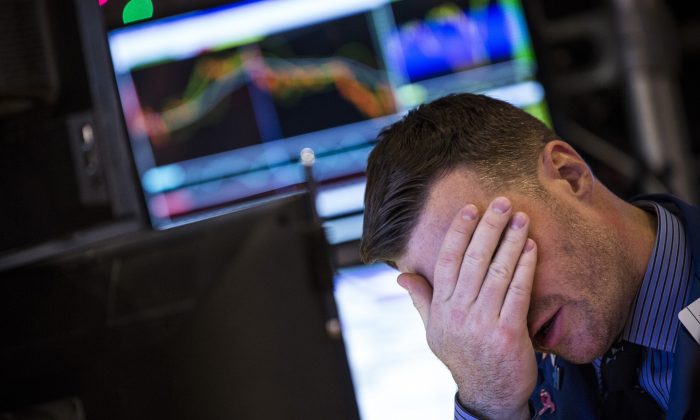 A trader reacts on the floor of the New York Stock Exchanged after the Dow Jones Industrial Average took plunged over 250 points on Dec. 10, 2014. (Andrew Burton/Getty Images)
Business

Does recent swoon set up the market for a 'Santa Claus Rally'?
By Antonio Perez
biggersmaller
Print

The U.S. stock market tumbled last week, capped by a 315-point drop by the Dow Jones Industrial Average on Friday.

The Dow’s weekly drop of 3.7 percent was the worst weekly decline in three years. The S&P 500 Index lost 1.6 percent, while the Nasdaq Composite slid 1.2 percent.

Losses were most extreme in the materials sectors, which slipped 2.9 percent. That was followed by the energy sector’s losses of 2.2 percent due to a continuing swoon in oil prices.

Oil prices were the chief culprit. Crude has been in free fall for weeks, and sank to a five-year low last Friday as the International Energy Agency cut its demand forecast for 2015.

But there’s more to the sell-off than oil. What started as an oversupply in the oil market has turned into a fear of a global economic slowdown, despite signs pointing to an expanding economy in the United States.

Experts are divided as to whether oil’s plunge is good for the economy. On one hand, it increases disposable income for consumers and is a boon to retailers and the transportation industry. But such a drastic slide in oil prices raises questions of whether the global economy is indeed on a path of growth. It also threatens the recent boon in U.S. energy industry jobs. Even the transportation sector—which benefits from lower oil prices—is experiencing a sell-off of its own. The Dow Jones Transportation Average lost 3.4 percent last week.

U.S. stocks aren’t the only ones experiencing a sell-off.

The Ibovespa fell 3.7 percent last Friday, and 7.7 percent for the week, in São Paulo. Loss leaders include Petrobras, the country’s biggest energy company, and Unibanco, one of the biggest bank holding companies in South America.

The recent stock swoon tees up an interesting question for the rest of the month: will the markets witness the usual “Santa Claus Rally” ahead of the new year?

The answer will likely depend on a few factors. First is the aforementioned oil prices. Will oil suppliers cut production? If not, a rebound for oil prices doesn’t seem to be in the cards. Some experts are predicting even lower oil prices.

Interest rates also play a part. The Federal Reserve will meet beginning Tuesday, and analysts are looking to the board to clarify its timeline of keeping rates low.

Whether oil prices will factor into the Fed’s decision remains to be seen. But bond investor Bill Gross of Janus Capital said in a Bloomberg TV interview that it very well could. “To the extent that oil is a significant financial condition for the real economy even more so, I think, than the stock market, then they (the Fed) would have to take that into consideration,” he said. Gross also mentioned that the recent oil price plunge could force the Fed to become more dovish, meaning the Fed could maintain or expand its loose monetary policy.

Lastly, traders will keep an eye on what happens in China. The world’s most populous nation announced last week that its economic gain slowed in November as factory production slowed. The People’s Bank of China, the nation’s central bank, injected 400 billion yuan last week into the Chinese banking system. According to a Reuters report, China eased some bank regulatory restrictions and told its banks to increase lending in December.

The decision to stimulate lending could be part of a strategy to boost official economic data for full year 2014, in an effort to offset the ongoing economic slowdown.