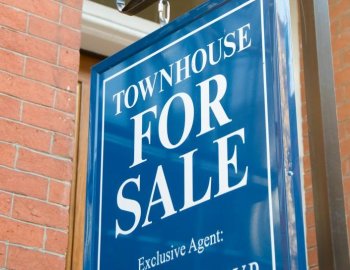 Global real estate report by Scotia Economics says first-time and move-up buyers should maintain a decent level of sales in 2011 which will help to moderately increase sales volumes.(Photos.com)
Business & Economy

However, the general loss of momentum in global growth was reflected in the residential property markets, the report said.

“Despite still attractive borrowing costs, the expiry of purchase incentives in many markets, the relatively slow pace of job creation and mounting concerns over the financial strains facing debt-heavy developed nations are weighing on confidence.

“These factors will likely keep many prospective buyers on the sidelines in 2011,” said Adrienne Warren, a Scotia Economics senior economist, in a news release announcing the report.

The study tracks 12 advanced nations. Among them, the estimated average inflation-adjusted home prices rose in Australia, Canada, France, Sweden, Switzerland, and the U.K. this past year.

Meanwhile, prices were flat in Germany and the United States, and declined in Ireland, Italy, Japan, and Spain.

In contrast, eight of the 12 markets experienced price declines in 2009.

Australia led the way with average inflation-adjusted home prices going up 9.4 percent year over year (y/y) in the third quarter (Q3), with Sweden and Canada following close behind.

Canada had a good performance for 2010 relative to the other countries, but its market also appeared to be one of the most volatile.

“An unusually active winter and spring, prompted by pent-up demand, expectations of rising interest rates that only partially materialized, the looming transition to a Harmonized Sales Tax (HST) in Ontario and British Columbia, and pending changes in lending qualifying criteria, gave way to an unusually soft summer.

“Over the fall, sales have returned to a more typical, sustainable level,” said Ms. Warren.

In Q1 prices in Canada were up y/y to 16.6 percent. They declined by 1.5 percent in Q3 and more recent data for November is showing a stabilization that has effectively left house prices unchanged for the past year.

On average prices are up about 5 percent across Canada from 2009.

“We are neither overtly optimistic nor pessimistic regarding the outlook for 2011,” the report said

“On the one hand, we expect interest rates to remain at historically low levels, with the Bank of Canada deferring any further rate hikes until late 2011 given an uncertain global economic outlook and subdued inflation, and longer-term borrowing costs drifting up only modestly. This is an extremely powerful inducement for both first-time and move-up buyers and should maintain a decent level of sales.”

In 2010 the public sector accounted for a third of net new employment but in 2011 the government is preparing for restraint, which could have an impact on the housing market in Canada.

“Overall, we anticipate a fairly lacklustre year for residential housing, with modestly higher sales volumes and flat inflation-adjusted prices (equivalent to a 2 percent increase in nominal terms),” said the report.