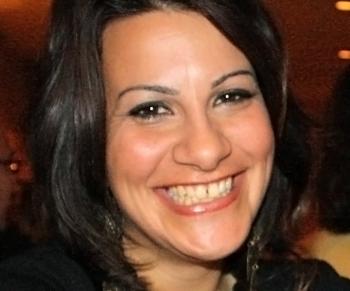 Global Q&A: ‘Have you heard or experienced any environmental anomalies where you live recently?’

Changes in weather, possible extinction of fish species, demolition of a family home are representative of the anomalies mentioned when Epoch Times reporters from Islamabad to the Canary Islands asked locals around the world, “Have you heard or experienced any environmental anomalies where you live recently?”

I have heard, watched, and seen that the environmental pollution in the Mediterranean Sea and the Straits in Istanbul and the Dardanelles, especially due to oil tanker accidents covering the Sea of Marmara with 800 tons of fuel oil, have caused some of the fish species in these seas to disappear or have biological defects. Also, since the country is not a signatory to the Kyoto Protocol, the carbon emissions are not under control. This causes more energy consumption than needed and increases air pollution. The use of contraband coal for heating in colder parts of Turkey has contributed to air pollution.

No, there are no strange environmental conditions, but there is a lot of pollution from development. In my neighborhood, there is construction right next door to me, and it makes our living conditions very polluted. This is the case throughout Pakistan, especially Islamabad, because there are a lot of new roads and buildings being constructed.

Not really. I can only remember that the last two or three winters may have been cooler or warmer than usual, but they compensate, so I think it’s just part of a natural oscillation added to the fact that Earth regulates itself to repair the damage that we humans, because of development, provoke. Aside from this, I cannot remember any more significant issues.

Unexpected news yesterday: Gold Coast City Council demolishing my parent’s home as they’re building a light rail from Broadbeach to Helensvale. I’m actually owner of the property, but my parents have lived in it for 14 years. We’re waiting to get an amount from the Council, who are going to offer us market price for the property. It is going to happen this year. Mum said, “We were going to live here till we died,” and Dad said, “What about my mango trees and my grapevine.” They’ve spent a lot of money renovating. They’re worried now about where they’re going to live; what neighbors they are going to get.

I think it’s definitely getting warmer these days. I remember when I was younger; I used to find it very difficult to get up early in the morning, as it used to be cold and chilly. My home town, called Tumkur, is nearby. I have relatives in and around this town who are farmers. We have found that the rains have been irregular and not according to the season; therefore, it becomes that much more difficult to plan activities. The people of this area are spending a lot of money on making bore wells and directing the water to their fields as the rains are not there when needed.

Yes. Brasilia has already been drier than it is today. And in the last few years, it has been raining for longer. I remember a year in which three or four blocks were flooded, which had not happened before. That leads me to believe that in the upcoming years, or very soon, there may be a stronger drought, since the current drought has not been as intense as previous ones.

No, we haven’t had any unusual natural phenomena here recently. I can’t think of anything. Everything’s been pretty normal.

During my life, in my surroundings, nothing special has happened. In the world and Italy, many different changes have taken place. Recently, listening to an older man on his midday cooking program, he said he ate cats in the past. I thought about this because I don’t eat meat. I respect all animals; for me, all the animals have the same importance. My question in that moment was why people who eat meat differentiate between the meat of a cow, a dog, a fish, a chicken or a cat. If I don’t eat one, I don’t eat the others for the same reason.

Look for the Global Q&A column every week. Epoch Times correspondents interview people around the world to learn about their lives and perspectives on local and global realities. Next week’s global question: “Do you think parents are doing a good job disciplining their children in your country?”