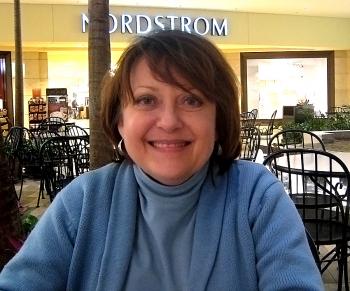 Global Q&A: ‘Do you think parents are doing a good job disciplining their children in your country?’

Law restrictions, lack of established boundaries, and changes within the global society are some of the common difficulties facing parents in providing effective discipline for their children. This is what Epoch Times reporters from Pakistan to Great Britain discovered when they asked locals, “Do you think parents are doing a good job disciplining their children in your country?”

Depends on the parent! I’d say at least 60 percent are doing a good job. A lot of children are left to raise themselves; they are not told no and not told to set boundaries. But some are taught conscientiously what they need to learn, and they are raised to be healthy and responsible. A lot of kids are not getting a lot of values that they used to get, like respect of people who are different to them, respect of people’s properties, respect to the earth, to animals, and empathy. There’s too much emphasis on success and money, and not being a good human being.

In Pakistan, parents do try to give values and teach their kids to pay respect to elders, but in some cases we forget to discipline. Parents think they are getting too strict with their children and that it is unfair with their child. But they realize this fact too, that this lack of discipline is going to get their child into trouble in the near future. Several reasons that parents may be ‘discipline shy’ are based on incorrect and insufficient understanding of discipline methods. Discipline and truth must be brought to the children so they can be ideal parents when it’s their time.

Definitely not, mainly because we’re stopped by do-gooders who say we must not punish our children. Sometimes, a good slap doesn’t hurt them. I don’t mean beating your children, but sometimes because of a little slap, children can understand their parents mean ‘no’ when they say ‘no’.

After seeing what they are doing, I can say they are trying to do so. Parents in general take good care of their children. What is a big problem here is the lack of learning materials that people find difficult to purchase because of the issue of poverty.

I think Italian parents in general are doing a bad job with their children; they are overprotective and much too permissive, probably in an attempt to compensate for the little time devoted to direct interaction with them.

No. Nowadays, parents are not giving limits to their children, not like my father gave to me, and like his father had given to him. The way of educating children has changed a lot. Parents have liberated many things that are not good for their children, like the internet, leading them to avoid things that are important in life, like studying and going outside to play with other children.

No, I think not, and results, sadly, confirm my words. I’m a mother of seven and for what I can see, teenagers these last decades, probably as a reflex to global societal changes, have become more and more independent of their parents. Now, lack of obedience and respect are the norm, and things seem to be out of control. I hope that we, as a society; make our best efforts to return to those years where kindness, support, and care in the family between parents and sons was usual, because that would help society to improve.

There are still in Poland two schools of bringing up children that consist of the generation from the 1970s and nowadays, modern parents. The first school raised their kids in a conservative and traditional way, which resulted in their good preparation for adult life. The second group represents the modern way of bringing up kids, which, in my opinion, does not focus on the children themselves. In many cases, kids are neglected because their parents do not have enough time for them. In the end, their life is shaped by such tools as the internet and other virtual toys, which results in a situation where their character is shaped by this virtual world.

Look for the Global Q&A column every week. Epoch Times correspondents interview people around the world to learn about their lives and perspectives on local and global realities. Next week’s global question: “What one improvement would you like to make to your home?”