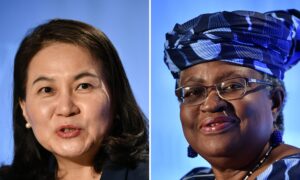 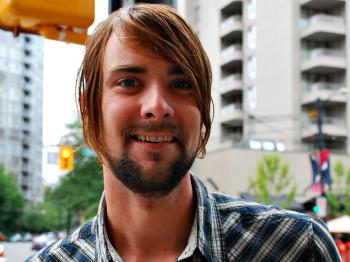 Global Q & A: ‘What’s currently the biggest social issue in your country?’

Unemployment, the social safety net, violence and alcohol are some of the issues that weigh on the minds of locals when Epoch Times reporters from Hamburg to Rio asked, “What’s currently the biggest social issue in your country?”

There is very little funding going toward mental health and taking care of our mental health patients. … We see a lot of patients we have on the Downtown Eastside [of Vancouver]—our multiple barrier patients. They have so many things working against them and the funding isn’t there for mental health. I think that it’s a travesty in the City of Vancouver to have an area like the downtown eastside, and having the funding go to things like the Olympics.

It’s unemployment. There is a shortage of work, and I think the numbers of unemployed will increase. For example, Opel*— the people there have been afraid of losing their jobs for several weeks now, and it will continue if the U.S. does not want to make a decision.

The other thing is unemployment of young people. There are many, 10,000 young people, who have very slim chances of finding work. A lot of them are children from immigrants in the second or third generation who are not well integrated.

Of course, now in Italy, we are talking about work. Work—this subject impacts all of society, especially the dependent workers. In the dependent worker group, we have differences, for example, this group of workers who are in a precarious position, they have no state protection. Why is that? Normally, we have a social state system—we call this a “social amortization”—to protect workers who have lost their jobs; they then receive an economic subsidy. The state recognizes that people who have lost their job are now a massive problem, but those in a precarious position don’t have this recognition or economic subsidy. Especially in our zone, Arezzo, this is a massive phenomenon where we have, in general, small and medium businesses.

I don’t understand why our authority chooses to mediate with the dress codes for getai* singers and made a ruckus out of it.

It’s fair for the police to impose licenses to control the noise level during night performances, but it is silly to claim that getai singers have improper dress codes, and the spectators—most of whom are adults—don’t find the costumes revealing or suggestive in any way.

If fashion models can strut in see-through outfits in public events, and if party-goers can wear skimpy swimming attire … then I don’t understand why getai singers’ performance costumes are considered a worrying social issue. It’s a self-created social issue!

*Editor’s note: Getai singers entertain the public, especially older people, during the seventh lunar month ‘Hungry Ghost Festival’ concerts, which are popular in countries like Taiwan, Hong Kong, Singapore, and Malaysia. During getais, or live stage performances, singers will croon popular songs and oldies, dance and mingle with the spectators in dialect Hokkien.

Violence. It has many implications and therefore requires a structural change in society. The state has taken fragmented and dissociated measures and actions, be it building more schools or more prisons. There are demagogic policies and at the same time violence is increasing! To resolve this issue, in my opinion, it would be necessary for political, social, and economic changes: a new directive from the state, as a consequence of systemic actions; greater seriousness of the government, with consistent values and ideologies; governmental action from the state as a whole, independent of any single political party.

Anything that has to do with care—eldercare, childcare, health care—does not work well. The elderly complain that they are not taken care of. When I worked at the kindergarten we had three staff members to 30 children. This is too few staff for that number of children. The care does not work. When you go to the emergency room you can sit there for six hours at least. There is time to die before you get there (laughs).

According to TV news, the biggest social issue concerning Pakistan these days is the lack of basic necessities like flour, sugar, and electricity. Corruption is also plaguing this country. It seems the richer are getting richer through using their influence and the middle class, the people who do the labor and sell local products, are getting poorer. Pakistani businessmen cannot compete with the low prices of other foreign countries for the same product.

I think there are issues with alcohol. This is something of a problem in Melbourne at the moment. I don’t want to sound glib or right-wing, I just think there needs to be some better regulation of after-hours drinking. And an education of young people, the consequences, but I don’t know how you do that, because alcohol then, once you’ve drunk a certain amount, you’re not going to be rational anymore. It seems the most worrying thing at the moment is this phenomenon of young men hunting in packs. We’ve had some appalling instances in Melbourne. And I really think it will hurt Melbourne unless it gets to grips with it.

At the moment it’s the cross-strait issue [China-Taiwan]. I’m in real estate; I think the influence this has on our economy is quite significant.

Look for the Global Q&A column every week, when Epoch Times correspondents interview people around the world to learn about their lives and perspectives on local and global realities. Next week’s global question: If you knew you could not fail, what would you do?