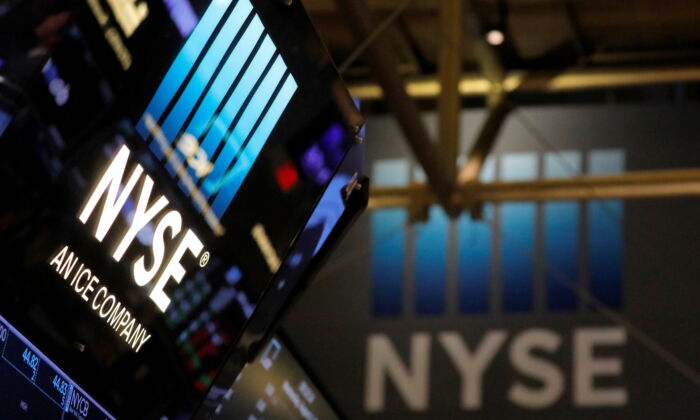 Signage on the trading floor at the New York Stock Exchange in Manhattan, New York, on Aug. 4, 2021. (Andrew Kelly/Reuters)
Markets

It came after Hong Kong’s Hang Seng index had fallen 3.3 percent to its lowest close in over a year; The Hang Seng Property sub-index tumbled 6.7 percent, flagging the biggest drop since May 2020.

Data show the selloff on Monday has seen a cumulative $2.2 trillion of value wiped off the market capitalization of world equities from a record high of $97 trillion hits on Sept. 6.

Meanwhile, Evergrande, China’s property giant that has been scrambling to raise funds to pay its lenders, suppliers, and investors, closed down 10.2 percent at HK$2.28 ($0.29). So far this year, its Hong Kong-listed shares have collapsed by over 80 percent.

Regulators have warned its $305 billion of liabilities could spark broader risks to China’s financial system if its debts are not stabilized. Experts estimated that the property-related activity of Evergrande contributes about 30 percent to China’s GDP.