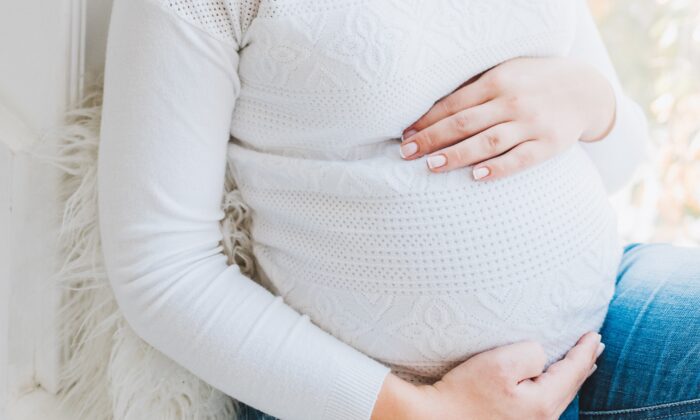 Will we restore the sanctity of life? (Anastasiia Chepinska/Unsplash)
Viewpoints

Global Impact of the Roe v. Wade Overturning: Can Respect for Life Be Restored Worldwide?

To those who wonder what the overruling of Roe v. Wade has to do with other countries, the fact is that as the dominant Western power, the institutions and culture of the United States, including its jurisprudence, have a worldwide impact.

From the early 20th century, it was inevitable that the United States would surpass Great Britain economically and as soon as the nation determined militarily. America was uncertain and often reluctant to exercise the leading role, but with the assault on Pearl Harbor in 1941, the U.S. finally accepted worldwide political leadership, which, incidentally, had long been preceded by close to a generation of cultural dominance.

This was the first time the new and former dominant power spoke the same language and had the same legal background as its predecessor, with both being constitutional democracies as with Britain’s family of self-governing dominions and colonies.

This meant that the U.S. cultural, moral, and legal developments would have an enormous impact, first in the English-speaking world and then beyond.

Other countries could, and many would be influenced by the American constitutional structure.

Alexander Hamilton, one of America’s Founding Fathers, based this broadly on the British constitution with its then separation of powers, including the judicial power, no doubt assuming that it would be as respectful of the concept of non-justiciability as the British courts were.

In other words, it was expected that the Supreme Court would respect the roles of the legislature and executive and that it could not effectively change the constitution under the guise of interpretation. It was never anticipated that the judges, or a majority of them, would make the constitution mean anything they wanted it to mean.

While the central feature of the American constitutional structure was to install checks and balances to ensure against the abuse of power, no one had ever thought it was necessary to ensure how to control any serious abuse of power by judges determined to have the Supreme Court become what was never envisaged, an uncontrollable and unaccountable supreme legislator.

The very worst example of this was in Dred Scott v. Sanford (1857), where the Court held that an American of African descent, even if free, could never be a citizen and that slavery was constitutionally protected.

The result was the undoing of the Missouri Compromise between North and South. This sadly set the nation on the path of civil war.

Then, after the Civil War, the Court intruded with its famous “separate but equal” ruling upholding segregation laws, Plessy v. Ferguson (1896) set back what should have been achieved in the post-civil war era, thus delaying the finding of true legal equality by over half a century.

Now, in Dobbs v. Jackson Women’s Health Organization, the Court has reversed what could never be justified as a judicial interpretation of the text and meaning of the constitution as originally intended by those who drafted it and the nation which adopted it.

The activist role of the Supreme Court has acted as a precedent and an encouragement to activist judges across the West, seeing the possibility of their court playing an unaccountable legislative role. Thus, in one Australian state, a single judge was able to impose a not dissimilar result, likewise Brazil.

But in other areas of the law, I suspect that judges will stretch interpretation far beyond what was originally intended, and the reversal in Dobbs will encourage judges who cling to the judicial role to oppose activism.

A Country of Believers

We should pause for a moment to ask why mass abortion was effectively legislated by judges? Why was it not done by politicians, who alone have the role of designing and introducing legislation? And why was this judicial approach then followed in some other countries?

The answer is simple. It could not have been done otherwise.

Any politician who went to the electorate at that time with Roe v. Wade-like legislation as policy would have lost the election and probably the primary, the American equivalent of an Australian preselection, but far more democratic, especially in the Republican Party.

It is crucial to appreciate that the America of the time of Roe v. Wade was more than most comparable countries, a country of believers, essentially Judeo-Christian.

One of the greatest explanations of the madness which exists today in the West is contained in what G.K. Chesterton never actually wrote but which I suspect is consistent with his thoughts.

This, today is everywhere. It explains much of the modern world. It could be argued that if people do not believe in God, or what is more likely, do not know whether God exists, it is good practice to concede that God might well exist.

This is because the only real alternative to religious belief or faith is not rationalism. Rationalism involves what could be called a different gear shift.

The Onslaught of Marxism and Degeneration of Morals

If you clear your belief area completely of religious faith, other beliefs will come in. And the strongest dogma in the West today is modern Marxism. This is where the proletariat, which refused to cooperate with the Marxists, has been replaced with a moving feast of racial, sexual, and so-called “gender” victims.

The enemy of Marxism, whether classical or modern variant, is still the same. It is any institution or person which can command greater loyalty or attraction than the Marxists. This clearly includes, in the forefront, the family and private property.

As seen in Engels’s famous book, “The Origin of the Family, Private Property and the State” (1884), Marxists have always feared and detested the family as an independent and autonomous institution, which is why in communist states, it is common to poison children’s minds about their parents.

A long-term Marxist ambition has been to reduce the influence and longevity of families and family influences. Women, in particular, are encouraged to play down the role of motherhood as a mere occasional adjunct to their lives, with much of the role of mother superficially taken over by the state. Only then, Marxists say, can women be free.

Hence the encouragement of abortion by the U.S. Supreme Court unleashed the killing of babies on a truly extraordinary industrial scale.

But the imposition of such an outrage as Roe v. Wade had another objective—to take away or reduce the sense of decency and respect for life the average American had in 1973 to any similar outrage. If they were prepared to accept such a bloodletting of the innocents, more will be accepted. The sense of decency can become numb, especially among the elites.

Unsurprisingly, household names like Disney, Netflix, JP Morgan, and Amazon are now offering subsidies to their workers’ to get rid of babies they do not want. Is this virtue-signalling, cold-blooded cost-savings from no maternity leave and not employing mothers, or both?

This is despite the ugliness of what was being done under Roe v. Wade being brought home like a parable to Americans and as well to the world a few years ago when they saw the controllers of the abortion industry.

Executives of the peak abortionist, Planned Parenthood, were caught in undercover videos in 2015 joking while negotiating contracts for the sale of intact baby body parts. In one, senior executive Dr. Mary Gatter was alleged to have joked that “I want a Lamborghini” when haggling over per-specimen pricing for livers, lungs, and brains. These videos created enormous outrage not only across the country but across the world.

Further, the world has seen calls for and progress towards the introduction of infanticide as well as euthanasia without consent and/or for purposes other than a terminal illness since this time.

As a result, the activist judges not only presided over the slaughter of innocents. They normalized accepting such outrage, and they turned people away from religion to accept evil. The damage has been enormous.

The impact of Roe v. Wade was enormously detrimental globally. While it has been reversed, can its effect of the loss of the sense of underlying sense of decency towards human life and, above all, respect for life also be restored?