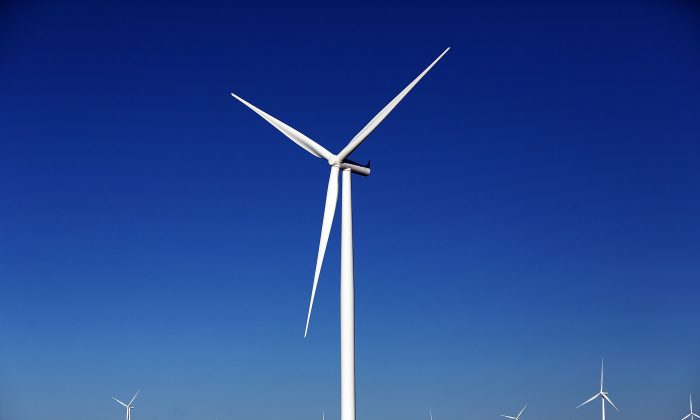 Wind turbines are viewed at a wind farm on March 27, 2015 in Taft, Texas. (Spencer Platt/Getty Images)
US

US Energy Technology Exports Could Send Risks With It

America’s energy landscape has dramatically changed over the last four years, with significant advancements in technologies across multiple energy sectors helping to produce a wider range of energy resources at home. But as the United States looks to export technology breakthroughs to meet the larger energy needs of developing countries, the Department of Energy (DOE) assessment gives insight into potential risks for national energy security.

In a quadrennial report released on Sept. 11, the DOE states that based on statistics from the U.S. Energy Information Administration (EIA), the primary energy use in countries outside the Organization for Economic Cooperation and Development (OECD) in Asia, Latin America, Africa, will increase dramatically from 330 quads (energy units) today to 530 quads in 2040.

The United States is among a number of wealthy countries that pledged during the 2009 COP 15 Climate Change Conference in Copenhagen to reduce carbon dioxide emissions and respond to climate change. Developed countries also promised to assist developing countries to meet their growing energy needs in more responsible ways.

Herein lies a potential problem. Bringing modern energy services to more than 5 billion people with little or no service today is an almost insurmountable task, states the report.

For the United States, this significant growth in energy requirements provides a substantial market opportunity for American technology. But it also introduces additional risks—a main one being cybersecurity, which the DOE has already been assessing domestically.

The newer energy infrastructure systems tend to rely heavily on digital technology. These computer-based systems make them vulnerable to threats like hacking by terrorists. The more data input points and analyses that must be conducted to monitor the operation and coordination of energy supplies, the more points of entry the system offers to potential saboteurs.

A survey of more than 100 energy companies across the nation in 2003, found that more than a dozen of the companies reported “daily,” “constant,” or “frequent” attempts of people trying to hack their networks. One utility reported it faced close to 10,000 attacks each month.

A significant challenge that comes with such technology wherever it’s implemented—exported abroad or in the United States—will be maintaining the system’s integrity.

In the United States, the new smart grid technology, for example, provides consumers themselves with direct access to the power grid so they can monitor their own energy use. The DOE is assessing all potential factors that could impact the emerging and evolving technologies.

“Future uncertainties make it prudent to explore multiple technologies and approaches. A diversified portfolio of technology options is essential to mitigating risk,” the report states.